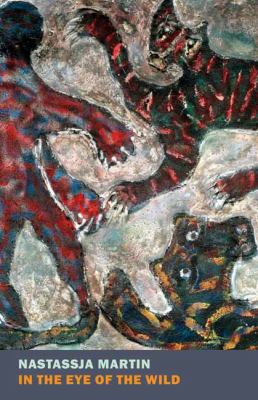 Martin, Nastassja, author.
Format: Book
Description: 112 pages ; 22 cm
"What happened on that day, the 25th of August, 2015 was not: Bear attacks a French anthropologist in the remote Kamchatka Mountains. What happened was: Bear and woman meet violently and the boundary between realms, between the human and the animal, is erased. What happened was a meeting of mythical time and real time, of the past and the instant of encounter, of flesh and of dream. To Believe in the Animal tells the story of the anthropologist Nastassja Martins's nearly fatal run-in with a bear while conducting research in Russia and of the aftermath of the event, of the wounds she took away from it but also of a rebirth in spirit and mind. As an anthropologist, Martin has made a name for the fullness of her engagement with the peoples she studies, the Gwich'in of Alaska and the Evens of far eastern Siberia. She seeks to bridge the distance between the subject, so-called, and herself, between the different experiences and kinds of knowledge that each of them brings into play, the better to frame, and open up, questions about the nature of human beings. In her dangerous encounter with the bear, however, Martin encounters another kind of being altogether, setting off a series of subsequent disasters. She is left severely mutilated and undergoes multiple operations in a provincial Russian hospital, whose ghastly chief surgeon sports a mouthful of gold teeth and presides over a harem of young nurses. Back in France, she goes under the knife again, supposedly to fix the work done in Russia, but the results are even more problematic. She comes to the conclusion that she must return to Kamchatka. She must discover what it means to have become, as the Evens call it, a miedka, a person who is not only human but beast. That is the only way that she can follow through on the anthropological work she had begun"-- Provided by publisher.
Other Authors:
Lewis, Sophie, translator.
Subjects:
Martin, Nastassja.
Bear attacks -- Russia -- Kamchatka -- Anecdotes.
Anthropologists -- Biography.
Human-animal relationships.
Nature -- Effect of human beings on.