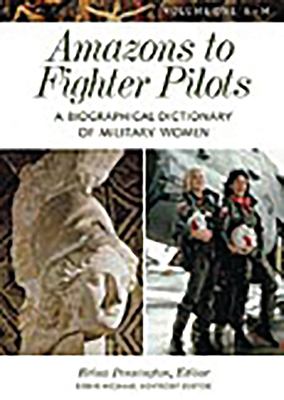 A Biographical Dictionary of Military Women

In 1942, during the battle of Stalingrad, fighter pilot Liliia Litviak became the first woman to shoot down an enemy aircraft. In the 1850s, Lakshmi Bai, a horsewoman, good shot, and Rani of the Indian principality of Jhansi, rallied her subjects and defended the principality against a British siege. From antiquity to the present, thousands of women have served in the military as soldiers, sailors, physicians, and pilots, yet their stories have been hidden from history. This book tells their stories, with particular focus on women who fought.

Entries profile over 300 remarkable women of the military, covering such groups as the Amazons, women in the Spanish Civil War, and Native Americans. The full sweep of their experience is contextualized through an extensive timeline and introductory survey. Additional tidbits--quotations, statistics, information on women and war--appear in sidebars throughout the text. Lists grouping entries by geographical regions, time periods, and branch of service serve as finding aids for researchers, making this a unique resource for students, scholars, and the general reader.

In-library use
Book
2 of 2 available
Save to List
Includes bibliographical references and index.

Amazons to fighter pilots : a biographical dictionary of military women