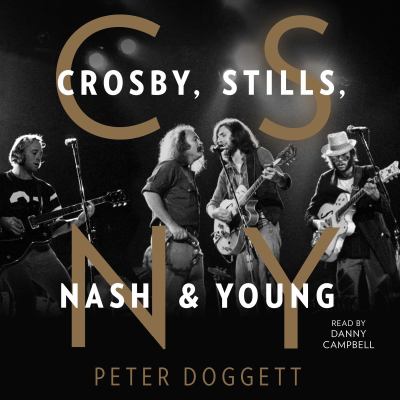 Doggett, Peter.
Format: Eaudiobook
Related Information: https://api.overdrive.com/v1/collections/v1L1BRwAAAA2g/products/1cb115d5-a548-4292-90e1-7bd9c81cdef7
"A must for CSNY fans." ? Kirkus Reviews , starred review The first ever biography focused on the formative and highly influential early years of "rock's first supergroup" ( Rolling Stone ) Crosby, Stills, Nash, and Young?when they were the most successful, influential, and politically potent band in America?in honor of the fiftieth anniversary of Woodstock and the formation of the band itself. 1969 to 1974 were true golden years of rock n' roll, bookmarking an era of arguably unparalleled musical power and innovation. But even more than any of their eminent peers, David Crosby, Stephen Stills, Graham Nash, and Neil Young channeled and broadcast all the radical anger, romantic idealism, and generational angst of their time. Each of the members had already made their marks in huge bands (The Hollies, Buffalo Springfield, The Byrds), but together, their harmonies were transcendent. The vast emotional range of their music, from delicate acoustic confessionals to raucous counter-culture anthems, was mirrored in the turbulence of their personal lives. Their trademark may have been vocal harmony, but few?if any?of their contemporaries could match the recklessness of their hedonistic and often combative lifestyles, when the four tenacious, volatile, and prodigal songwriters pursued chemical and sexual pleasure to life-threatening extremes. CSNY chronicles these four iconic musicians and the movement they came to represent, concentrating on their prime as a collective unit and a cultural force: the years between 1969, when Woodstock telegraphed their arrival to the world, and 1974, when their arch-enemy Richard Nixon was driven from office, and the band (to quote Graham Nash himself) "lost it on the highway." Even fifty years later, there are plenty of stories left to be told about Crosby, Stills, Nash, and Young?and music historian Peter Doggett is here to bring them to light in the meticulously researched CSNY , a quintessential and illuminative account of rock's first supergroup in their golden hour for die-hard fans, nostalgic flower-children, and music history aficionados alike.
Other Authors:
Campbell, Danny.
OverDrive, Inc. 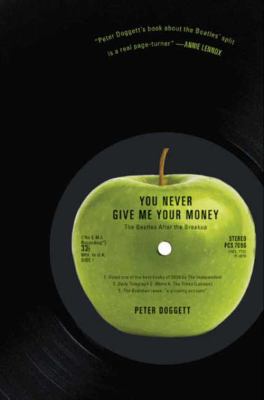 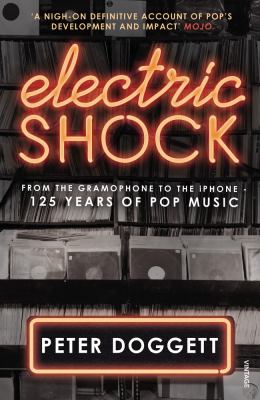 Electric shock : from the gramophone to the iPhone : 125 years of pop music
Doggett, Peter, author.
You never give me your money : the Beatles after the breakup
Doggett, Peter. 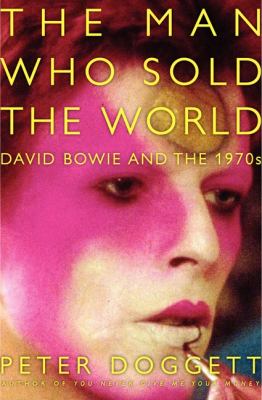 The man who sold the world : David Bowie and the 1970s
Doggett, Peter. 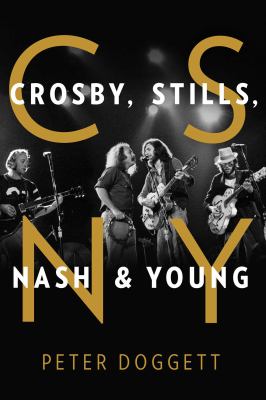