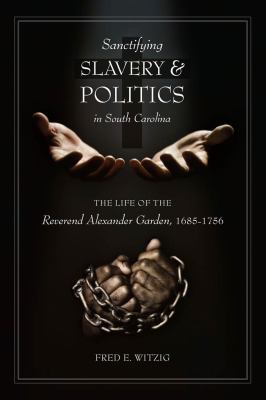 Witzig, Fred E.
Format: Ebook
Related Information: https://api.overdrive.com/v1/collections/v1L1BRwAAAA2g/products/5a5ab176-419c-4b27-b6fc-a0d7ec250a4d
Description: text file
When Alexander Garden, a Scottish minister of the Church of England, arrived in South Carolina in 1720, he found a colony smoldering from the devastation of the Yamasee War and still suffering from economic upheaval, political factionalism, and rampant disease. It was also a colony turning enthusiastically toward plantation agriculture, made possible by African slave labor. In Sanctifying Slavery and Politics in South Carolina, the first published biography of Garden, Fred E. Witzig paints a vivid portrait of the religious leader and the South Carolina colony he helped shape. Shortly after his arrival, Garden, a representative of the bishop of London, became the rector of St. Philip's Church in Charleston, the first Anglican parish in the colony. The ambitious clergyman quickly married into a Charleston slave-trading family and allied himself with the political and social elite. From the pulpit Garden reinforced the social norms and economic demands of the southern planters and merchants, and he disciplined recalcitrant missionaries who dared challenge the prevailing social order. As a way of defending the morality of southern slaveholders, he found himself having to establish the first large-scale school for slaves in Charles Town in the 1740s. Garden also led a spirited?and largely successful?resistance to the Great Awakening evangelical movement championed by the revivalist minister George Whitefield, whose message of personal salvation and a more democratic Christianity was anathema to the social fabric of the slaveholding South, which continually feared a slave rebellion. As a minister Garden helped make slavery morally defensible in the eyes of his peers, giving the appearance that the spiritual obligations of his slaveholding and slave-trading friends were met as they all became extraordinarily wealthy. Witzig's lively cultural history?bolstered by numerous primary sources, maps, and illustrations?helps illuminate both the roots of the Old South and the Church of England's role in sanctifying slavery in South Carolina.
Other Authors:
OverDrive, Inc.
Subjects:
Biography & Autobiography.
Religion & Spirituality.
Nonfiction. 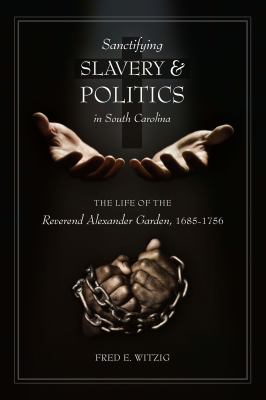