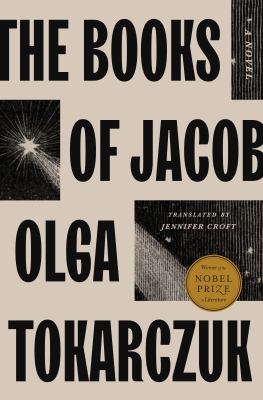 Tokarczuk, Olga, 1962- author.
Format: Book
Edition: First American edition.
Description: 964 unnumbered pages : illustrations, map ; 25 cm
"In the mid-eighteenth century, as new ideas-and a new unrest-begin to sweep the Continent, a young Jew of mysterious origins arrives in a village in Poland. Before long, he has changed not only his name but his persona; visited by what seem to be ecstatic experiences, Jacob Frank casts a charismatic spell that attracts an increasingly fervent following. In the decade to come, Frank will traverse the Hapsburg and Ottoman empires with throngs of disciples in his thrall as he reinvents himself again and again, converts to Islam and then Catholicism, is pilloried as a heretic and revered as the Messiah, and wreaks havoc on the conventional order, Jewish and Christian alike, with scandalous rumors of his sect's secret rituals and the spread of his increasingly iconoclastic beliefs. The story of Frank-a real historical figure around whom mystery and controversy swirl to this day-is the perfect canvas for the genius and unparalleled reach of Olga Tokarczuk. Narrated through the perspectives of his contemporaries-those who revere him, those who revile him, the friend who betrays him, the lone woman who sees him for what he is-The Books of Jacob captures a world on the cusp of precipitous change, searching for certainty and longing for transcendence"-- Provided by publisher
Other Authors:
Croft, Jennifer (Translator), translator.
Contents: Prologue -- I. The book of fog -- II. The book of sand -- III. The book of the road -- IV. The book of the comet -- V. The book of metal and sulfur -- VI. The book of the country -- VII. The book of names.
Subjects:
Frank, Jacob, approximately 1726-1791 -- Fiction.
Jewish messianic movements -- Europe -- History -- 18th century -- Fiction.
Poland -- History -- 18th century -- Fiction.

Hold
Book
3 of 5 available
Save to List
Pages are numbered backward starting with 964 and ending with 2.
Originally published in Poland as Księgi Jakubowe by Wydawnictwo Literackie, Kraków, in 2014. English language edition first published in Great Britain by Fitzcarraldo Editions, London, in 2021.
Includes bibliographical references (pages 7-5). 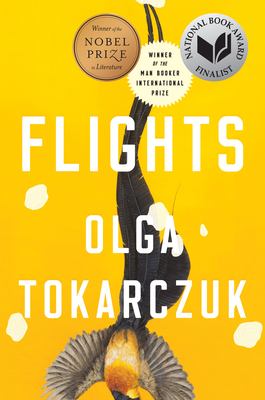 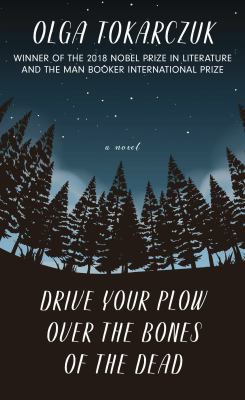 Drive your plow over the bones of the dead
Tokarczuk, Olga, 1962- author.