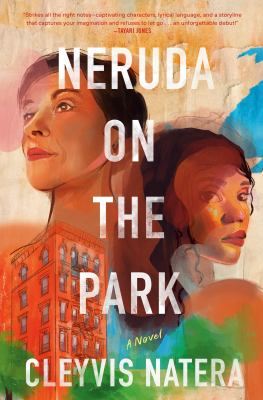 Natera, Cleyvis, author.
Format: Book
Description: 324 pages ; 25 cm
"An exhilarating debut novel about members of a Dominican family in New York City who take radically different paths when faced with encroaching gentrification, for readers of Such a Fun Age and Dominicana. The Guerreros have lived in Nothar Park, a predominantly Dominican part of the city, for over twenty years. When the crash of a wrecking ball signals the demolition of an old neighboring tenement, Eusebia, an elder of the community, quietly devises an increasingly dangerous series of schemes to stop construction of the luxury condos that will take their place. Meanwhile Eusebia's daughter, Luz, a rising associate at a top Manhattan law firm, strives to live the bougie lifestyle her parents worked hard to give her. While her father, Vladimir, secretly designs their retirement home in the Dominican Republic and Eusebia begins masterminding a neighborhood crime ring to save their homes, Luz is wholly distracted with a sweltering romance with the white, handsome developer of the company her mother so vehemently opposes. And when mother and daughter collide, at odds on what it means to save their community, tensions ramp up in Nothar Park, and build toward a near fatal climax. A fierce meditation on race, class, and community, with the propulsive force and poignant take on trenchant modern issues, Neruda on the Park weaves a rich and vivid tapestry of family, community, and Afro-Latinx culture, announcing Cleyvis Natera as an electrifying debut novelist"-- Provided by publisher.
Subjects:
Dominican Americans -- Fiction.
Families -- Fiction.
Neighborhoods -- Fiction.
Gentrification -- Fiction.
New York (N.Y.) -- Fiction.