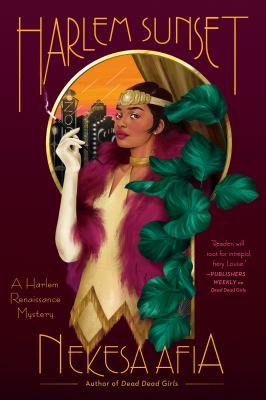 Afia, Nekesa, author.
Format: Book
Edition: First edition.
Description: 292 pages ; 21 cm.
"A riveting Harlem Renaissance Mystery featuring Louise Lloyd, a young Black woman working in a hot new speakeasy when she gets caught up in a murder that hits too close to home... Harlem, 1926. After the tense summer that resulted in the death of murderer Theodore Gilbert, twenty-six-year-old Louise Lloyd has once again gained a level of notoriety. Reporters want to talk to her and she is in the spotlight-the last place she wants to be. Louise begins working at the Dove, owned by her close friend Rafael Moreno. There Louise meets Nora Davies, one of the girls she was kidnapped with nearly a decade ago. Nora is a little rough around the edges, but the two women-along with Rafael and his sister, Louise's girlfriend, Rosa Maria-spend the night at the club, drinking and talking. The next morning, Rosa Maria wakes up covered in blood, with no memory of the previous night. Nora is lying dead in the middle of the dance floor. Louise knows Rosa Maria couldn't have killed Nora, but the police have a hard time believing that no one present can remember anything at all about what happened. When Louise and Rosa Maria return to their new apartment after being questioned by the police, they notice the door is unlocked. Inside, the word GUILTY is written on the living room wall. Someone has gone to great lengths to frame and terrify Rosa Maria, and Louise will stop at nothing to clear the woman she loves"-- Provided by publisher.
Series: Afia, Nekesa. Harlem Renaissance mystery.
Subjects:
African American women -- Fiction.
Lesbians -- Fiction.
Murder -- Investigation -- Fiction.
Harlem Renaissance -- Fiction.
Harlem (New York, N.Y.) -- Fiction. 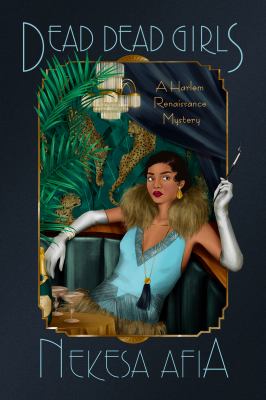 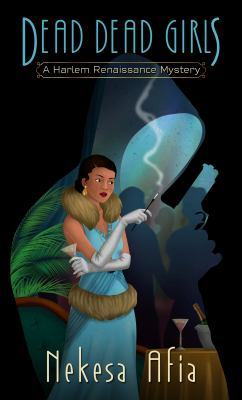