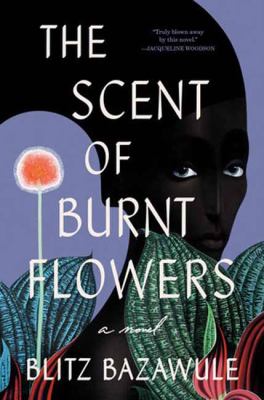 Bazawule, Blitz, author.
Format: Book
Edition: First edition.
Description: 237 pages ; 22 cm
"December 15, 1965, Alabama, the fateful night that triggers an avalanche of events that turn newly engaged couple Melvin and Bernadette into fugitives. A pitstop in the wrong part of town ends with blood on their hands. Suspecting that cops are already following them, Melvin realizes the only way they'll survive is if they flee the country. Bernadette, who's hiding a secret from her fiancé, reluctantly agrees. With a persistent FBI agent on their trail, they travel to Ghana to seek the help of Melvin's old college friend, who happens to be Kwame Nkrumah, the country's embattled president. The couple's chance encounter with Ghana's most beloved Highlife musician, Kwesi, who's headed to play for the president, sparks a journey full of suspense, lust, magic, and danger as Nkrumah's regime crumbles around them. Traveling with Kwesi seems to be the perfect cover for the couple to go undetected. But Kwesi and Bernadette's undeniable attraction builds during their three-day trek, as does Melvin's staunch jealousy and erratic behavior. What was meant to be a fresh start quickly threatens both their relationship and their freedom. With the rogue FBI agent on their heels, Melvin, Bernadette, and Kwesi must confront each other and their secrets , setting off a series of cataclysmic events"-- Provided by publisher.
Subjects:
African American couples -- Fiction.
Fugitives from justice -- Fiction.
Secrecy -- Fiction.
Triangles (Interpersonal relations) -- Fiction.
Ghana -- History -- Coup d'état, 1966 -- Fiction.