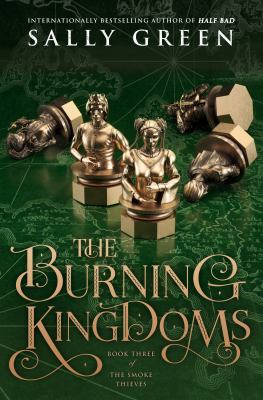 Green, Sally (Novelist), author.
Format: Book
Description: 459 pages : illustrations, maps ; 22 cm.
The heart-pounding conclusion to the daring Smoke Thieves trilogy. In this conclusion to the epic Smoke Thieves trilogy, the world has erupted into all-out war. King Aloysius is mining powerful demon smoke and using it to fuel an unstoppable army of children. March, now banished for treason, has joined up with this boy army. Forbidden from ever seeing Edyon again, and overwhelmed by his own betrayal, March no longer cares if he lives or dies. Catherine--now queen of Pitoria--must find a way to defeat the boy army, while also grappling with her own troubles: her secret demon smoke addiction, and unresolved tension with her former lover, Ambrose. Catherine seeks military support from Calidor by reaching out to her illegitimate cousin Edyon, who has been proclaimed heir to the Calidorian throne. But Edyon has almost no power as he's entangled in the unfamiliar machinations and manipulations of the royal court, finding that being the claimed son of a prince may be no easier than being a bastard. With Catherine, his love, now married off and moving on, and his brother and sister tortured and executed before him, Ambrose doesn't know what his role in this world is any more. He leads an expedition into the demon world, hoping to destroy the boy army's stores of demon smoke. In this underground world, he runs into Tash, whom everyone had believed dead. She has survived in this new world using magical abilities that, prior to now, only demons had. Aloysius will send his demon smoke-powered boy army to kill them all, if he can. But what nobody knows is that there is more to the smoke than meets the eye...
Series: Green, Sally (Novelist). Smoke thieves (Series) ; bk. 3.
Subjects:
Fantasy.
Young adult fiction.
Magic -- Teen fiction.
Demonology -- Teen fiction.
Princesses -- Teen fiction.
Imaginary wars and battles -- Teen fiction.
Imaginary wars and battles -- Teen fiction.
Drugs -- Teen fiction.
Princesses -- Teen fiction.
Courts and courtiers -- Teen fiction.
Magic -- Teen fiction.
Man-woman relationships -- Teen fiction.
Kings, queens, rulers, etc. -- Teen fiction.

Hold
Book
1 of 2 available
Save to List
Sequel to: The demon world. 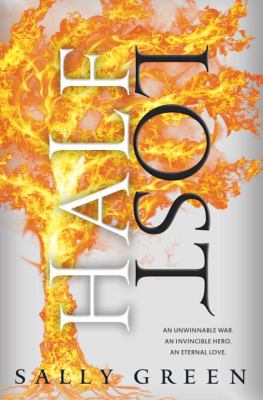 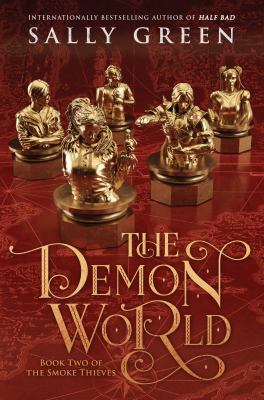