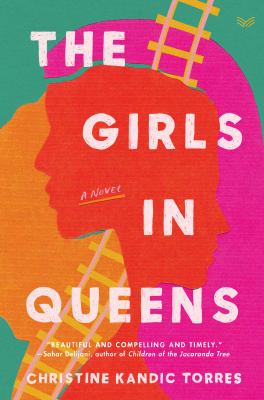 Kandic Torres, Christine, author.
Format: Book
Edition: First edition.
Description: 299 pages ; 24 cm
"Brisma and Kelly, two young Latinas growing up along Clement Moore Avenue in Queens, would do anything for each other. They keep each other's secrets, hide from their mothers' chancletas, and ward off creepy neighbors. At the beginning of high school, Brisma falls deeply in love with Brian, the local baseball legend. Always the wallflower to the vibrant and alluring Kelly, Brisma is secretly thrilled to be chosen by Brian, to finally have someone all to herself. As the three kids learn to play the roles that have been set before them, they create a cacophony of unrealized hopes and dreams, smoldering embers that finally find some oxygen. Years later, Brisma and Kelly haven't spoken to Brian, ever since a backyard party gone wrong, but Los Mets are on a historic run for the playoffs and the three old friends-now on the cusp of adulthood-are brought back together again. Brisma finds herself once again inextricably drawn to Brian, only to once again find Kelly standing in the way. When a sexual assault accusation emerges, both girls rush to support and defend Brian. While Kelly remains staunchly by his side, Brisma begins to have doubts as old memories resurface of her own relationship with him. As the two lifelong friends prepare to bring down the other in order to take what they both believe is owed to them, they have to decide if their shared past is enough to sustain their future. Told in alternating timelines and reminiscent of Dominicana, My Brilliant Friend, and Normal People, The Girls in Queens explores a lifelong friendship, the complications of sexual abuse allegations within communities of color, the furious loyalty of young women, and the danger of forgetting that sometimes monsters hide in plain sight"-- Provided by publisher.
Subjects:
Hispanic Americans -- Fiction.
Hispanic American women -- Fiction.
Female friendship -- Fiction.
Rape culture -- Fiction.
Queens (New York, N.Y.) -- Fiction.