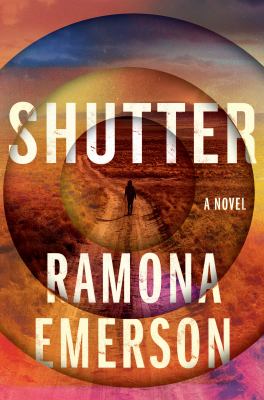 Emerson, Ramona, 1973- author.
Format: Book
Description: 296 pages ; 24 cm
"Rita Todacheene is a forensic photographer working for the Albuquerque police force. Her excellent photography skills have cracked many cases-she is almost supernaturally good at capturing details. In fact, Rita has been hiding a secret: she sees the ghosts of crime victims who point her toward the clues that other investigators overlook. As a lone portal back to the living for traumatized spirits, Rita is terrorized by nagging ghosts who won't let her sleep and who sabotage her personal life. Her taboo and psychologically harrowing ability was what drove her away from her hometown on the Navajo reservation, where she was raised by her grandmother. It has isolated her from friends and gotten her in trouble with the law. And now it might be what gets her killed. When Rita is sent to photograph the scene of a supposed suicide on a highway overpass, the furious, discombobulated ghost of the victim-who insists she was murdered-latches onto Rita, forcing her on a quest for revenge against her killers, and Rita finds herself in the crosshairs of one of Albuquerque's most dangerous cartels. Written in sparkling, gruesome prose, Shutter is a blood-chilling debut from one of crime fiction's most powerful new voices"-- Provided by publisher.
Subjects:
Navajo women -- Fiction.
Photographers -- Fiction.
Forensic sciences -- Fiction.
Psychic ability -- Fiction.
Police -- New Mexico -- Albuquerque -- Fiction.
Albuquerque (N.M.) -- Fiction.