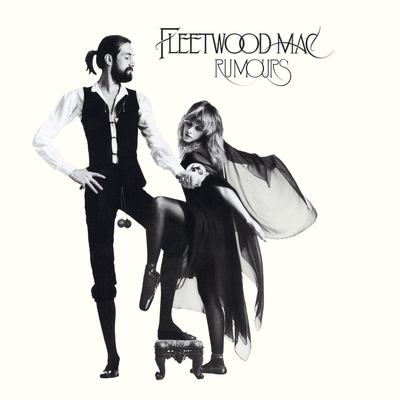 Fleetwood Mac (Musical group), performer, composer.
Format: Vinyl
Description: 1 audio disc : 33 1/3 rpm, stereo ; 12 in.
Rumours is the kind of album that transcends its origins and reputation, entering the realm of legend -- it's an album that simply exists outside of criticism and outside of its time, even if it thoroughly captures its era. Prior to this LP, Fleetwood Mac were moderately successful, but here they turned into a full-fledged phenomenon, with Rumours becoming the biggest-selling pop album to date. While its chart success was historic, much of the legend surrounding the record is born from the group's internal turmoil. Unlike most bands, Fleetwood Mac in the mid-'70s were professionally and romantically intertwined, with no less than two couples in the band, but as their professional career took off, the personal side unraveled. Bassist John McVie and his keyboardist/singer wife Christine McVie filed for divorce as guitarist/vocalist Lindsey Buckingham and vocalist Stevie Nicks split, with Stevie running to drummer Mick Fleetwood, unbeknown to the rest of the band. These personal tensions fueled nearly every song on Rumours, which makes listening to the album a nearly voyeuristic experience. You're eavesdropping on the bandmates singing painful truths about each other, spreading nasty lies and rumors and wallowing in their grief, all in the presence of the person who caused the heartache. Everybody loves gawking at a good public breakup, but if that was all that it took to sell a record, Richard and Linda Thompson's Shoot Out the Lights would be multi-platinum. No, what made Rumours an unparalleled blockbuster is the quality of the music. Once again masterminded by producer/songwriter/guitarist Buckingham, Rumours is an exceptionally musical piece of work -- he toughens Christine McVie and softens Nicks, adding weird turns to accessibly melodic works, which gives the universal themes of the songs haunting resonance. It also cloaks the raw emotion of the lyrics in deceptively palatable arrangements that made a tune as wrecked and tortured as "Go Your Own Way" an anthemic hit. But that's what makes Rumours such an enduring achievement -- it turns private pain into something universal. Some of these songs may be too familiar, whether through their repeated exposure on FM radio or their use in presidential campaigns, but in the context of the album, each tune, each phrase regains its raw, immediate emotional power -- which is why Rumours touched a nerve upon its 1977 release, and has since transcended its era to be one of the greatest, most compelling pop albums of all time. ~ Stephen Thomas Erlewine
Contents: Second hand news (2:43) -- Dreams (4:14) -- Never going back again (2:02) -- Don't stop (3:11) -- Go your own way (3:38) -- Songbird (3:20) -- The chain (4:28) -- You make loving fun (3:31) -- I don't want to know (3:11) -- Oh daddy (3:54) -- Gold dust woman (4:51).
Subjects:
Rock music -- 1971-1980.