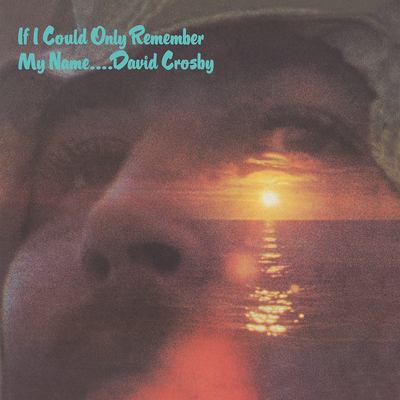 Crosby, David, 1941- composer, arranger of music, performer.
Format: Vinyl
Edition: Fiftieth anniversary edition.
Description: 1 audio disc : 33 1/3 rpm, stereo ; 12 in.
David Crosby's debut solo album was the second release in a trilogy of albums (the others being Paul Kantner's Blows Against the Empire and Mickey Hart's Rolling Thunder) involving the indefinite aggregation of Bay Area friends and musical peers that informally christened itself the Planet Earth Rock and Roll Orchestra. Everyone from the members of the Grateful Dead and Jefferson Airplane to Crosby's mates in CSNY, Neil Young and Graham Nash, dropped by the studio to make significant contributions to the proceedings. (Jerry Garcia, Phil Lesh, and Bill Kreutzman, primarily, act as the ad hoc studio band, with other notables adding bits of flavor to other individual tracks.) Crosby, however, is the obvious captain of this ship. With his ringing, velvety voice -- the epitome of hippie crooning -- and inspired songwriting, he turns If I Could Only Remember My Name into a one-shot wonder of dreamy but ominous California ambience. The songs range from brief snapshots of inspiration (the angelic chorale-vocal showcase on "Orleans" and the a cappella closer, "I'd Swear There Was Somebody Here") to the full-blown, rambling Western epic "Cowboy Movie," and there are absolutely no false notes struck or missteps taken. No one before or since has gotten as much mileage out of a wordless vocal as Crosby does on "Tamalpais High (At About 3)" and "Song with No Words (Tree with No Leaves)," and because the music is so relaxed, each song turns into its own panoramic vista. Those who don't go for trippy Aquarian sentiment, however, may be slightly put off by the obscure, cosmic storytelling of the gorgeous "Laughing" or the ambiguous (but pointed) social questioning of "What Are Their Names," but in actuality it is an incredibly focused album. There is little or no fat despite the general looseness of the undertaking, while a countercultural intensity runs taut through the entire album, and ultimately there is no denying the excellence of the melodies and the messy beauty of the languid, loping instrumental backing. Even when a song as pretty as "Traction in the Rain" shimmers with its picked guitars and autoharp, the album is coated in a distinct, persistent menace that is impossible to shake. It is a shame that Crosby would continue to descend throughout the remainder of the decade and the beginning of the next into aimless drug addiction, and that he would not issue another solo album until 18 years later. As it is, If I Could Only Remember My Name is a shambolic masterpiece, meandering but transcendently so, full of frayed threads. Not only is it among the finest splinter albums out of the CSNY diaspora, it is one of the defining moments of hung-over spirituality from the era. ~ Stanton Swihart
Contents: Music is love -- Cowboy movie -- Tamalpais High (at about 3) -- Laughing -- What are their names -- Traction in the rain -- Song with no words (tree with no leaves) -- Orleans -- I'd swear there was somebody here
Subjects:
Rock music -- 1971-1980.
Folk-rock music.
Psychedelic rock music.