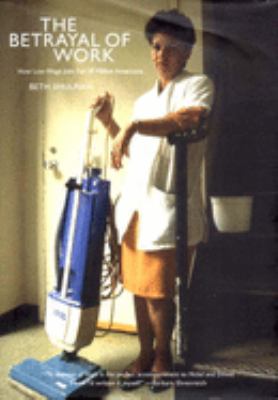 How Low-wage Jobs Fail 30 Million Americans and Their Families

Following its publication in hardcover, the critically acclaimed Betrayal of Work became one of the most influential policy books about economic life in America; it was discussed in the pages of Newsweek , Business Week , Fortune , The Washington Post , Newsday , and USA Today , as well as in public policy journals and in broadcast interviews, including a one-on-one with Bill Moyers on PBS's NOW . The American Prospect 's James K. Galbraith's praise was typical: "Shulman's slim and graceful book is a model combination of compelling portraiture, common sense, and understated conviction."

Beth Shulman's powerfully argued book offers a full program to address the injustice faced by the 30 million Americans who work full time but do not make a living wage. As the influential Harvard Business School newsletter put it, Shulman "specifically outlines how structural changes in the economy may be achieved, thus expanding opportunities for all Americans." This edition includes a new afterword that intervenes in the post-election debate by arguing that low-wage work is an urgent moral issue of our time.

The Betrayal of Work : How Low-wage Jobs Fail 30 Million Americans And Their Families.
Shulman, Beth.