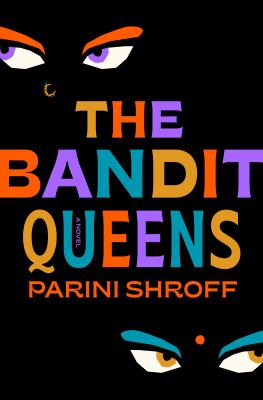 Shroff, Parini, author.
Format: Book
Edition: First edition.
Description: 342 pages ; 25 cm
"A young Indian woman falsely rumored to have killed her husband finds a way to make her unfortunate reputation surprisingly useful--but complications arise when other village women seek her help offing their husbands--in this provocative, razor-sharp debut. "The Bandit Queens heralds a prodigious and sophisticated literary talent." Téa Obreht, New York Times bestselling author of Inland. In the five years since her husband's disappearance, Geeta has become accustomed to a solitary life; you'd be surprised how difficult it is to make friends when your entire village believes you're a witch who murdered your husband. And since she can't convince anyone that she didn't murder him, she figures she might as well use her fearsome reputation to protect herself as a woman on her own. But when other women in the village decide that they, too, want to be "self-made" widows and rid themselves of their abusive husbands, Geeta's reputation becomes a double-edged sword--the very thing that's meant to keep her safe is now threatening everything she's built as she unwittingly becomes the go-to consultant for village husband-disposal. Unfortunately, Geeta finds that even the best-laid plans of would-be widows tend to go awry, and the women find themselves caught in a web of their own making--and long-estranged friendships will have to be re-formed if they hope to make it out of their mess alive. Acerbic, insightful, and full of dark humor, Parini Shroff's The Bandit Queens--with its unique combination of poignant social commentary and irreverence--is an absolutely unforgettable novel"-- Provided by publisher.
Subjects:
Women, East Indian -- Fiction.
Widows -- Fiction.
Wife abuse -- Fiction.
Female friendship -- Fiction.
Missing persons -- India -- Fiction.
Truthfulness and falsehood -- Fiction.