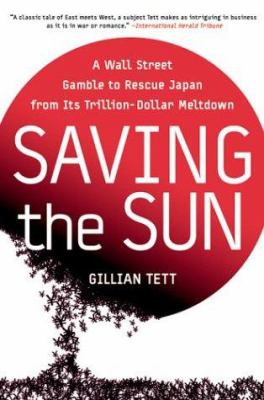 For more than a decade, Japan's dismal economy -- which has bounced from deflationary collapse to fitful recovery and back to collapse -- has been the biggest obstacle to economic growth. Why has the world's second largest economy been unable to save itself? Why has a country, whose financial might in the 1980s was the most feared force on the globe, become the sick man of the world economy? Why has the industrial transformation once called the Japanese Miracle frozen into the Japanese malaise?

Saving the Sun answers these questions by telling the story of Long Term Credit Bank, one of the nation's most respected financial institutions, and its attempts to transform itself into a Western-style bank. Through the stories of three extraordinary men, former Financial Times Tokyo bureau chief Gillian Tett brings to life the bank's long struggle to regain its financial health. In the process, she shines a light into the secretive world of Japanese banking where business is done in sex bars and gangsters lurk behind the scenes. And, in a fast-paced narrative, Tett chronicles the internal conflicts between reform-minded and tradition-bound factions within the bank, as well as the powerful and protective Japanese bureaucracy.

Filled with dramatic scenes involving some of the most important figures and institutions in international finance -- -Paul Volcker, Lawrence Summers, John Reed, Goldman Sachs, UBS, and CSFB -- Saving the Sun charts the growing confusion between a government eager to revive the economy but unwilling to accept the necessary compromises and the Western bankers (profiled here for the first time) who too openly scorned Japanese capitalism and its paramount interest in social harmony over pure profit.

What emerges is the first viable explanation of what caused Japan to stumble from such economic heights -- readers will finally understand what has hobbled that country. But what also emerges is the realization that a profound rift still exists between Japan and the rest of the world. Though Long Term Credit Bank's transformation into Shinsei bank has been a rousing success in financial terms, the Japanese press, government, and people have all but turned against the idea of American-style capitalism. Indeed, instead of reforming Japan, the banking crisis may have convinced ordinary Japanese, more than ever before, that they must go it alone.

Hold
Book
1 of 1 available
Save to List
Includes bibliographical references (pages [317]-320) and index. 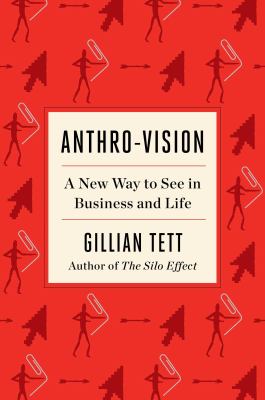 Anthro-vision : a new way to see in business and life
Tett, Gillian.
Fool's gold : how the bold dream of a small tribe at J.P. Morgan was corrupted by Wall Street greed and unleashed a catastrophe
Tett, Gillian. 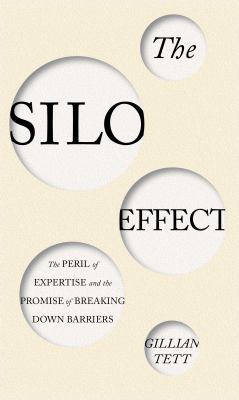 The silo effect : the peril of expertise and the promise of breaking down barriers
Tett, Gillian, author. 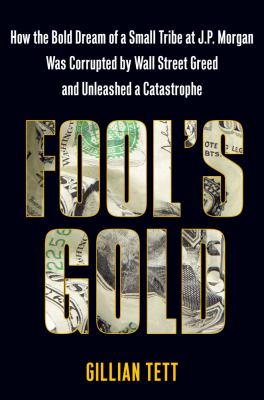 Fool's gold : how the bold dream of a small tribe at J.P. Morgan was corrupted by Wall Street greed and unleashed a catastrophe
Tett, Gillian.