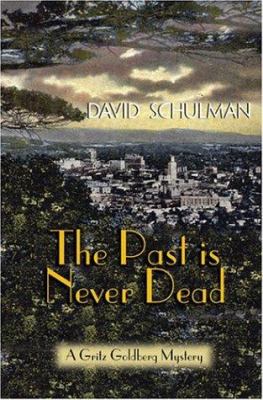 Schulman, David, 1948-
Format: Book
Description: viii, 272 pages ; 24 cm
Gritz Goldberg's life is a mess. He is a middle-aged psychiatrist with an obsessive-compulsive disorder and a foot fetish. He's living in his hometown of Asheville, North Carolina, where he was raised in the Jewish community, yet grew to love barbecue and fried pork rinds. He lives with his ex-mother in-law and still lusts for an adolescent lost love. And whenever one of his patients answers his questions with anger and mistruths. Gritz swears he can smell Zelda Fitzgerald's personal perfume--so what if Gritz's office was the same one used by Zelda's therapist years ago; Zelda has been dead for decades. Just as Gritz begins to question his existence he is called to the Battery Park Hotel to convince a possible suicide not to jump off the roof. He discovers that the suicide threat is merely a misunderstanding. The man involved is T Simpson, who once worked for Gritz's family and carried Gritz and his brother round town for years until he suddenly disappeared. It turns out that T has returned to right the wrongful conviction and execution of Mordecai Moore for the murder of a New York co-ed in the Battery Park in 1939. T knows for sure that Martin didn't commit the murder, but he is tortured because the racial climate of the times kept him from coming forward. But the spirit of Martin is still present in the hotel and seems to guide Gritz as he and an assortment of colorful characters unravel the mystery. As he investigates, Gritz uncovers dirty secrets that involve prominent people--people involved in a plot to assassinate President Franklin Roosevelt and aid the Nazi movement in Germany in the, 1930s. As his search for the truth proceeds. Gritz is framed for the murder of an elderlywoman who is living at the Happy Valley Retirement Community. Then his quest expands into proving his own innocence as well as Mordecai Moore's. Some of the characters are based on actual historical figures. There really was a self-appointed commander of a pro-Hitler militia who published propaganda out of Asheville in the 1930s. There was a conspiracy between major American companies and a German munitions firm to monopolize materials needed in arms manufacture, thus raising prices and funneling profits back to the German war effort. There was a flamboyant senator from Asheville who was one of the most eccentric politicians in American history And of course, Zelda Fitzgerald really did lose her life when the hospital building in Asheville, where she was institutionalized, went up in flames.
Subjects:
Asheville (N.C.) -- Fiction.