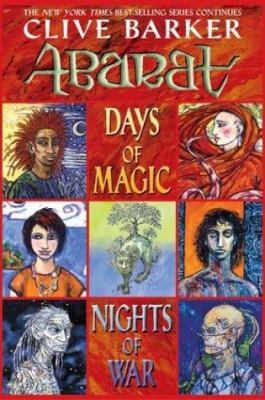 Candy Quackenbush's adventures in the amazing world of the Abarat are getting more strange by the hour. Christopher Carrion, the Lord of Midnight, has sent his henchman to capture her. Why? she wonders. What would Carrion want with a girl from Minnesota? And why is Candy beginning to feel that the world of Abarat is familiar to her? Why can she speak words of magic she doesn't even remember learning?

There is a mystery here. And Carrion, along with his fiendish grandmother Mater Motley, suspects that whatever Candy is, she could spoil their plans to take control of the Abarat.

Now Candy's companions must race against time to save her from the clutches of Carrion, and she must solve the mystery of her past before the forces of Night and Day clash and Absolute Midnight descends upon the islands.

A final war is about to begin. And Candy is going to need to make some choices that will change her life forever ...

Series: Barker, Clive, 1952- Abarat ; bk. 2.
Contents: Prologue: Hunger -- Part one: Fools, freaks and fugitives: Portrait of girl and geshra -- What There is to see -- On the parroto parroto -- Scavenger -- Speaking of a word -- Two conversation -- Something of Babiloniu -- Life in the theatre -- Again, The criss-cross man -- "The freaks are out! the freaks are out!" -- Part two: Things neglected, things forgotten: Traveling north -- Darkness and anticipation -- Sacbroo -- Lament (the munkee's tale) -- Pursue -- Wunderkammen -- Star-strike -- Departure -- Life and death in Chicken town -- Malingo alone -- Night conversation -- Death sentence -- Dreamer to dreamer -- Husband and wife -- Fate -- Kaspar is visited -- Abduction -- Summoning -- Part three: Time of monster -- Captain Converse -- Beasts of Efree -- News In Nonce -- Events at the threshold -- Visit to Marapozsa Street -- Secrets and meatloaf -- Two in nineteen -- Bridegroom unearthed -- Owner of the dead man's house -- Midnight's heart -- Dragon bone -- Tale of Endless parting -- Ambitious conjuration -- High maze -- Dark Denied -- Prince and the beast Boy -- Decision -- Part four: Sea comes to Chickentown: Departure -- Something in the win -- Stirring the Waters -- Into the hereafter -- Father and Daughter -- Into the Wormwood -- Secrets of secret -- Warship unmade -- Living and the Dead -- Beginning of the End -- Down and down -- "Never fear . . ." -- Return of the sea.
Subjects:
Fantasy. 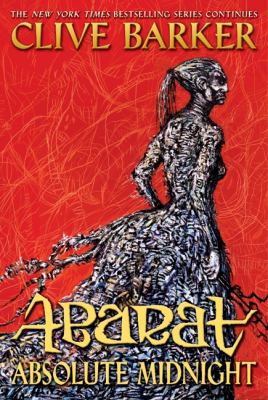