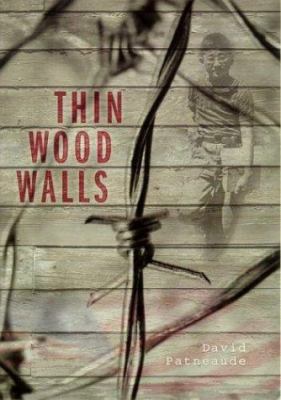 Patneaude, David.
Format: Book
Description: vi, 231 pages ; 22 cm
Eleven-year-old Joe Hanada likes playing basketball with his best friend, Ray, writing plays and stories, and thinking about the upcoming Christmas holiday. But his world falls apart when Japanese planes bomb Pearl Harbor. His country goes to war. The FBI takes his father away. And neighbors and friends in his hometown near Seattle begin to suspect Joe, his family, and all Japanese Americans of spying for the enemy.
When the government orders people of Japanese heritage living on the West Coast to move to internment camps, Joe turns to the journal his father gave him to record his thoughts and feelings. Writing journal entries and haiku poetry offers some relief as Joe struggles to endure life in Tule Lake War Relocation Camp--days filled with boredom, concern for his father, and worry for his brother, who joins the American army to prove the bravery and loyalty of Japanese American citizens.Thin Wood Walls is a powerful story of a boy who grows up quickly in a changed world.
Subjects:
Japanese Americans -- Evacuation and relocation, 1942-1945 -- Fiction.
World War, 1939-1945 -- United States -- Fiction.