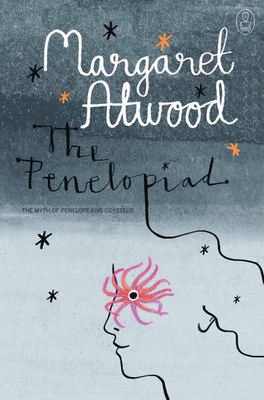 Atwood, Margaret, 1939-
Format: Book
Edition: First American Edition.
Description: xv, 199 pages ; 21 cm.
"Homer's Odyssey is not the only version of the story. Mythic material was originally oral, and also local -- a myth would be told one way in one place and quite differently in another. I have drawn on material other than the Odyssey , especially for the details of Penelope's parentage, her early life and marriage, and the scandalous rumors circulating about her. I've chosen to give the telling of the story to Penelope and to the twelve hanged maids. The maids form a chanting and singing Chorus, which focuses on two questions that must pose themselves after any close reading of the Odyssey : What led to the hanging of the maids, and what was Penelope really up to? The story as told in the Odyssey doesn't hold water: there are too many inconsistencies. I've always been haunted by the hanged maids and, in The Penelopiad , so is Penelope herself." -- from Margaret Atwood's Foreword to The Penelopiad
Series: The Myths series
Subjects:
Penelope (Greek mythological character) -- Fiction.
Odysseus, King of Ithaca (Mythological character) -- Fiction.