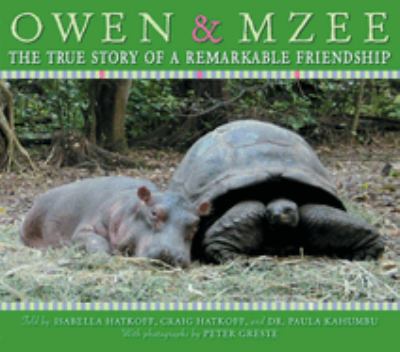 The True Story of a Remarkable Friendship

The inspiring true story of two great friends, a baby hippo named Owen and a 130-yr-old giant tortoise named Mzee (Mm-ZAY). When Owen was stranded after the Dec 2004 tsunami, villagers in Kenya worked tirelessly to rescue him. Then, to everyone's amazement, the orphan hippo and the elderly tortoise adopted each other. Now they are inseparable, swimming, eating, and playing together. Adorable photos e-mailed from friend to friend quickly made them worldwide celebrities. Here is a joyous reminder that in times of trouble, friendship is stronger than the differences that too often pull us apart.
Other Authors:
Hatkoff, Craig.
Kahumbu, P. (Paula)
Greste, Peter, illustrator.

Hold
Book
13 of 13 available
Save to List
"This book has been adapted from the original e-book, Owen and Mzee, which was first launched on the WNBC New York Five O'Clock News as part of the Tribeca Film Festival"--Title page verso. 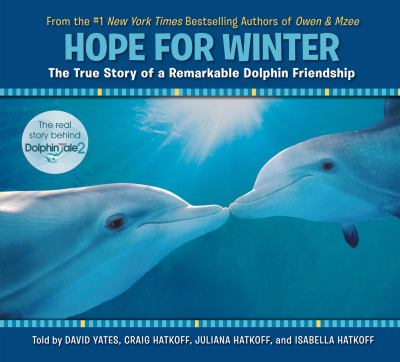