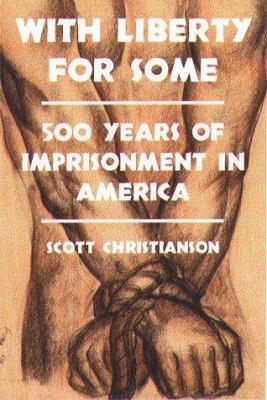 500 Years of Imprisonment in America

Christianson, Scott.
Format: Book
Description: xix, 394 pages ; 24 cm
From Columbus's voyages to the New World through today's prison expansion movements, incarceration has played an important, yet disconcerting, role in American history. In this sweeping examination of imprisonment in the United States over five centuries, Scott Christianson exposes the hidden record of the nation's prison heritage, illuminating the forces underlying the paradox of a country that sanctifies individual liberty while it continues to build and maintain a growing complex of totalitarian institutions.

Based on exhaustive research and the author's insider's knowledge of the criminal justice system, With Liberty for Some provides an absorbing, well-written chronicle of imprisonment in its many forms. Interweaving his narrative with the moving, often shocking, personal stories of the prisoners themselves and their keepers, Christianson considers convict transports to the colonies; the international trade in captive indentured servants, slaves, and military conscripts; life under slavery; the transition from colonial jails to model state prisons; the experience of domestic prisoners of war and political prisoners; the creation of the penitentiary; and the evolution of contemporary corrections. His penetrating study of this broad spectrum of confinement reveals that slavery and prisons have been inextricably linked throughout American history. He also examines imprisonment within the context of the larger society.

With Liberty for Some is a thought-provoking work that will shed new light on the ways in which imprisonment has shaped the American experience. As the author writes: "prison is the black flower of civilization -- a durable weed that refuses to die".

The last gasp : the rise and fall of the American gas chamber
Christianson, Scott.