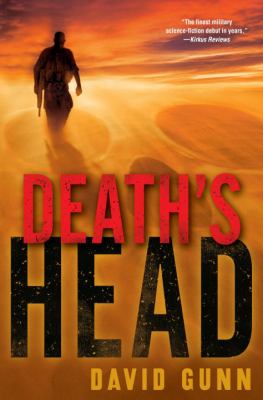 Gunn, David.
Format: Book
Description: 345 pages ; 25 cm
Set in a chillingly realistic far-future world, and featuring a gritty antihero even more frightening than the evil empire he serves as soldier and assassin, Death's Head is sure to be one of the most talked-about novels of the year. David Gunn is loaded--and he shoots to kill. At the top of the galactic pecking order is the United Free, a civilization of awe-inspiring technological prowess so far in advance of other space-faring powers as to seem untouchable gods. Most of the known universe has fallen under their inscrutable sway. The rest is squabbled over by two empires: one ruled with an iron fist by OctoV, a tyrant who appears to his followers as a teenage boy but is in reality something very different, the other administered by the Uplifted, bizarre machinelike intelligences, and their no-longer-quite-human servants, cyborgs known as the Enlightened. Sven Tveskoeg, an ex-sergeant demoted for insubordination and sentenced to death, is a vicious killer with a stubborn streak of loyalty. Sven possesses a fierce if untutored intelligence and a genetic makeup that is 98.2 percent human and 1.8 percent . . . something else. Perhaps that "something else" explains how quickly he heals from even the worst injuries or how he can communicate telepathically with the ferox, fearsome alien savages whose natural fighting abilities regularly outperform the advanced technology of their human enemies. Perhaps it is these unique abilities that bring Sven to the attention of OctoV. Drafted into the Death's Head, the elite enforcers of OctoV's imperial will, Sven is given a new lease on life. Armed with a SIG diabolo--an intelligent gun--and an illegal symbiont called a kyp, Sven is sent to a faraway planet, the latest battleground between the Uplifted and OctoV. There he finds himself in the midst of a military disaster, one that will take all his courage--and all his firepower--to survive. But an even deadlier struggle is taking place, a struggle that will draw the attention of the United Free. Sven knows he is a pawn, and pawns have a bad habit of being sacrificed. But Sven is nobody's sacrifice. And even a pawn can checkmate a king. From the Hardcover edition.
Subjects:
Science fiction. 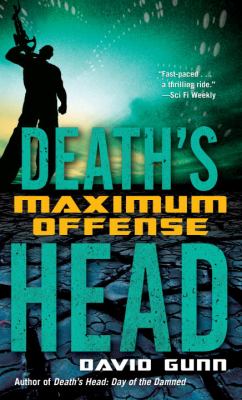