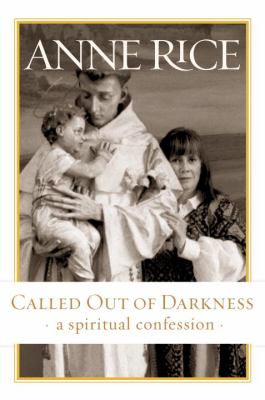 Rice, Anne, 1941-
Format: Book
Edition: 1st ed.
Description: 245 p. ; 22 cm.
Anne Rice was raised in New Orleans as the devout child in a deeply religious Irish Catholic family. Here, she describes how, as she grew up, she lost her belief in God, but not her desire for a meaningful life. She used her novels¿beginning with Interview with a Vampire¿to wrestle with otherworldly themes while in her own life, she experienced both loss (the death of her daughter and, later, her beloved husband, Stan Rice) and joys (the birth of her son, Christopher). And she writes about how, finally, after years of questioning, she experienced the intense conversion and re-embracing of her faith that lie behind her most recent novels about the life of Christ.
Subjects:
Rice, Anne, 1941-
Rice, Anne, 1941- -- Homes and haunts -- Louisiana -- New Orleans.
Spiritual biography -- United States
Women novelists, American -- 20th century -- Biography.
Spiritual life -- Catholic Church