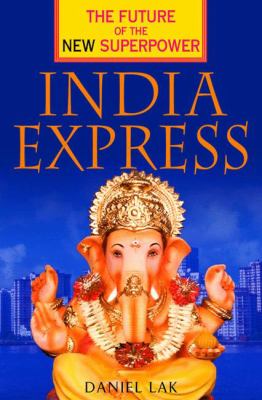 The Future of the New Superpower

In evocative prose and with street-level reporting, Daniel Lak argues that India has become a global superpower because of its religion, caste, politics, and poverty, and not in spite of it. He looks presciently to the future, and concludes that the strength that democracy gives it means that India is much better positioned to sustain its newfound status than China, whose political system is sure to eventually hinder it.

As an expert who has covered the region for the BBC for the last twelve years, Lak weaves together his substantive knowledge of Indian politics, economics, and culture with fascinating stories of everyday people.

#65533; The governance and development of the most religiously, culturally, and linguistically diverse population on the planet

#65533; Crushing poverty--with 300 million on less $2 a day--despite the rise of the largest middle class the world has ever known

#65533; Uncertain geopolitics including the parallel rise of China and civil wars in neighboring states and the increasingly unstable, nuclear-armed Pakistan

#65533; Corruption at all levels of government while the business sector becomes ever more globalized and attuned to international standards

#65533; Growing urbanization: three of the world's top fifteen cities in terms of population are already Indian and they are growing faster than most others

Hold
Book
1 of 1 available
Save to List
Includes bibliographical records (pages [253]-254) and index.