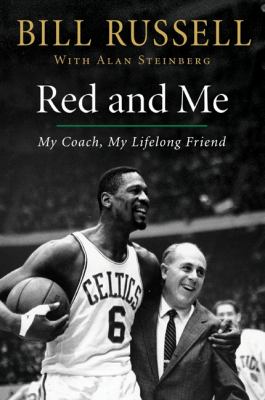 My Coach, My Lifelong Friend

Russell, Bill, 1934-
Format: Book
Edition: 1st ed.
Description: xvi, 187 p., [8] p. of plates : ill ; 22 cm.
Basketball legend Bill Russell pays homage to his mentor and coach, the inimitable Red Auerbach, in this story of an unlikely and enduring friendship set against the backdrop of the greatest basketball dynasty in NBA history. When Bill Russell joined the Boston Celtics in 1957 as the nation's first prominent black basketball star, he was not expecting much from his coach. Despite two national college championships and an Olympic gold medal, Russell's previous coaches--all whites--had barely spoken to him. Russell's style was unorthodox, redefining the meaning of defense and offense, and many scouts dismissed him. Yet Auerbach, the Jewish outsider in Irish Boston, immediately took to Russell, the African American from Louisiana and Oakland, and he was a coach like no other. Together they made sports history, battled prejudice both on and off the court, created a team chemistry for the ages--and became lifelong friends.--From publisher description.
Other Authors:
Steinberg, Alan, 1945-
Contents: Common ground -- From place A to place B -- A pretty good sign -- My father's son -- What's best for the team -- We all just lived it -- Boy, what fun -- Godspeed -- This is my friend.
Subjects:
Auerbach, Red, 1917-2006
Russell, Bill, 1934-
Basketball coaches -- United States -- Biography