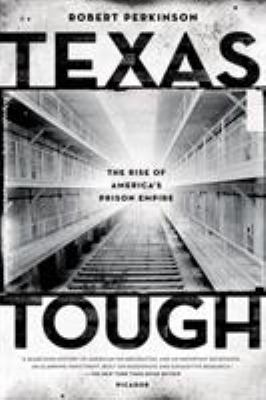 The Rise of America's Prison Empire

In the prison business, all roads lead to Texas. A pioneer in criminal justice severity--from assembly-line executions to supermax isolation, from mandatory sentencing to prison privatization--Texas is the most locked-down state in the most incarcerated country in the world. Texas Tough , a sweeping history of American imprisonment from the days of slavery to the present, explains how a plantation-based penal system once dismissed as barbaric became a template for the nation.

Drawing on the individual stories as well as authoritative research, Texas Tough reveals the true origins of America's prison juggernaut and points toward a more just and humane future.

Hold
Book
1 of 1 available
Save to List
Includes bibliographical references (pages [375]-466) and index.