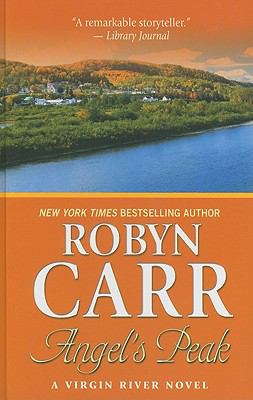 Carr, Robyn
Format: Large Print
Edition: Large print ed.
Description: 477 p. ; 23 cm.
Four years ago, Air Force sweethearts Franci Duncan and Sean Riordan reached an impasse. She wanted marriage and a family. He didn't. But a chance meeting proves that the bitter breakup hasn't cooled their sizzling chemistry. Sean has settled down in spite of himself--he's not the cocky young fighter pilot he was when Franci left, and he wants them to try again. After all, they have a history, but that's not all they share. Franci's secret reason for walking away when Sean refused to commit is now three and a half: a red-headed cherub named Rosie who shares her daddy's emerald green eyes.
Series: Carr, Robyn. Virgin River series
Subjects:
Large type books
California, Northern -- Fiction