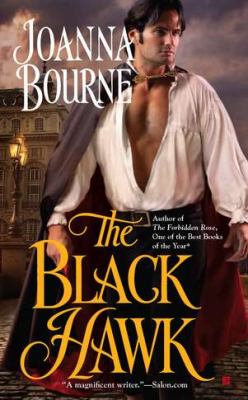 Bourne, Joanna
Format: Book
Edition: Berkley Sensation mass-market ed.
Description: 324 p. ; 18 cm.
Attacked on a rainy London street, veteran spy Justine DeCabrillac knows only one man can help her: Hawker. The only problem is that he also happens to be the enemy. With London crawling with hidden assassins and someone out to frame Hawker for the assault, the two spies seek to find out who's trying to destroy them. The Black Hawk is a much-anticipated release for fans of Joanna Bourne and historical romance. Her previous title, The Forbidden Rose (Berkley, 2010), was chosen as one of Publishers Weekly's Best Books of 2010.
Series: Berkley Sensation historical romance
Subjects:
London (England) -- Fiction