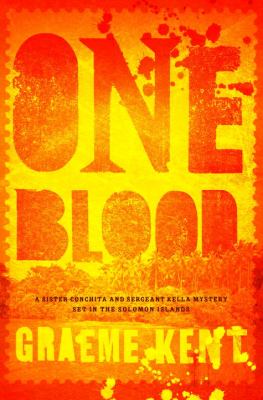 Kent, Graeme.
Format: Book
Description: 274 pages ; 24 cm
Once again, Ben Kella has his hands full. A sergeant in the Solomon Islands Police Force, as well as an aofia, a hereditary spiritual peacekeeper of the Lau people, he's called to investigate acts of sabotage that threaten the local operations of a powerful international logging company. Meanwhile, Sister Conchita, a young nun with a flair for detection, has been forced to assume command of a run-down mission in the lush Western District of the Solomon Islands. When an American tourist is murdered in the mission church, she and Kella join forces to uncover the links between these goings-on and a sudden upsurge of interest in John F. Kennedy, who was once a wartime U.S. naval officer in the area but now, in 1960, thousands of miles away, about to become the thirty-fifth American President.
Subjects:
Kennedy, John F. (John Fitzgerald), 1917-1963 -- Fiction.
Murder -- Investigation -- Fiction.
Nuns -- Fiction.
Sabotage -- Fiction.
Tourists -- Fiction.
Tourists -- Crimes against -- Fiction.
Criminal investigation -- Fiction.
Islands -- Fiction.
Undercover operations -- Fiction.
Solomon Islands -- Fiction.

Hold
Book
1 of 1 available
Save to List
"A Sister Conchita and Sergeant Kella mystery set in the Solomon Islands"--cover.