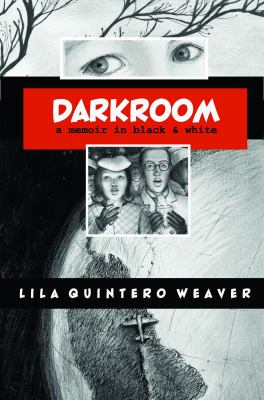 A Memoir in Black and White

Weaver, Lila Quintero.
Format: Book
Description: 254 pages : chiefly illustrations ; 24 cm
Darkroom: A Memoir in Black and White is an arresting and moving personal story about childhood, race, and identity in the American South, rendered in stunning illustrations by the author, Lila Quintero Weaver. In 1961, when Lila was five, she and her family emigrated from Buenos Aires, Argentina, to Marion, Alabama, in the heart of Alabama's Black Belt. As educated, middle-class Latino immigrants in a region that was defined by segregation, the Quinteros occupied a privileged vantage from which to view the racially charged culture they inhabited. Weaver and her family were firsthand witnesses to key moments in the civil rights movement. But Darkroom is her personal story as well: chronicling what it was like being a Latina girl in the Jim Crow South, struggling to understand both a foreign country and the horrors of our nation's race relations. Weaver, who was neither black nor white, observed very early on the inequalities in the American culture, with its blonde and blue-eyed feminine ideal. Throughout her life, Lila has struggled to find her place in this society and fought against the discrimination around her.
Subjects:
Weaver, Lila Quintero.
Argentine Americans -- Alabama -- Biography.
Civil rights movements -- Alabama -- History -- 20th century.
Alabama -- Social conditions -- 20th century.
Alabama -- Race relations -- History -- 20th century.
Alabama -- Biography. 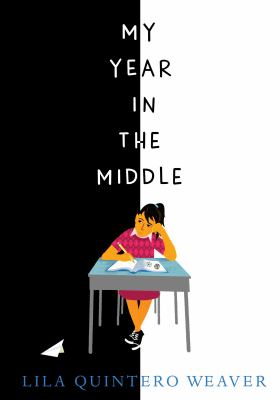 My year in the middle
Weaver, Lila Quintero, author.