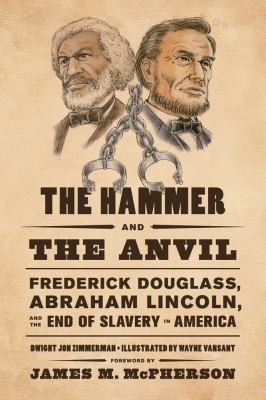 Frederick Douglass, Abraham Lincoln, and the End of Slavery in America

The period leading up to the Civil War was one of great change. Congress divided itself between Northerners and Southerners, citizens on the frontier took up arms against one another, and movements for secession and abolition were more urgent than ever.

In The Hammer and the Anvil , the award-winning author Dwight Jon Zimmerman and the renowned artist Wayne Vansant vividly depict the tumultuous time through the lives of two men who defined it: Frederick Douglass and Abraham Lincoln.

With a foreword by the Pulitzer Prize-winning historian James M. McPherson, The Hammer and the Anvil reveals that its protagonists each wrestled with the question of slavery from a young age. Douglass, a slave who was spared no brutality, once fought an especially cruel master and eventually escaped north to freedom. Lincoln, who was hired out by his father to do manual labor on neighbors' farms, found this harsh life intolerable. As a senator, Lincoln sought ways to end the westward spread of slavery, believing that adding free states to the Union would diminish the power of the Southern states and lead to the gradual disappearance of the "peculiar institution." Douglass was less patient. He had become a skilled orator and an influential editor of Northern abolitionist journals, and called on white Americans to honor their nation's founding commitment to liberty.

When the Civil War erupted in April 1861, Douglass hoped that the conflict would mean the end of slavery. But Lincoln delayed emancipation, and Douglass despaired--until he met the president face-to-face and recognized that their causes were one and the same. Featuring evocative and dramatic scenes of this seminal time, The Hammer and the Anvil will engage both Civil War buffs and young people new to the study of American history.

Hold
Book
1 of 1 available
Save to List
"A novel graphic from Hill and Wang." 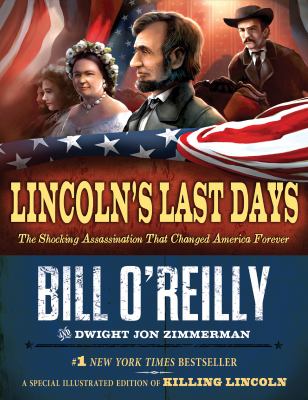