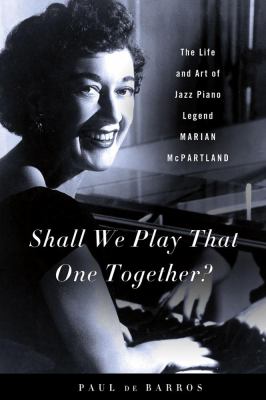 The Life and Art of Jazz Piano Legend Marian McPartland

In a world dominated by men, Marian McPartland distinguished herself as one of the greatest jazz pianists of her age

Born in the UK as Margaret Marian Turner, Marian McPartland learned to play classical piano, but was passionately attracted to the rhythms of American jazz. Entertaining troops in WWII Europe, she met her future husband, Jimmy McPartland, a cocky young trumpet player who was the protege of the great Bix Beiderbecke. They were married and, together, they made jazz history. At first, Marian played second fiddle to Jimmy in Chicago, but when they moved to New York, Marian and her trio took up residence at the famous Hickory House where she thrilled the crowds from her perch on a stage in the middle of large oval bar. From there she went on to triumphs at places like the Montreaux Jazz Festival. Possibly, her greatest accomplishment was the creation of NPR's long-running show Piano Jazz .