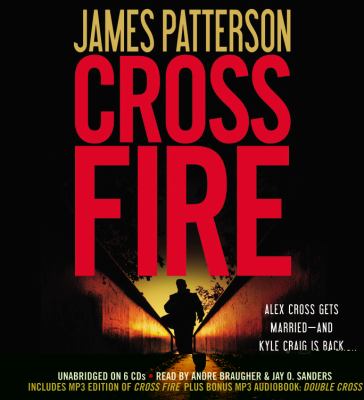 Patterson, James, 1947-
Format: Eaudiobook
Planning on finally tying the knot, Alex Cross has to put his wedding plans on indefinite hiatus when a crooked congressman and a shady lobbyist are assassinated in Washington, D. C. As he quarrels with FBI Agent Max Siegel over jurisdiction and control of the investigations, the murders continue and Alex realizes that the killer must be someone close to the case. To make matters worse, Kyle 'The Mastermind 'Craig has returned and will stop at nothing until Alex is dead.
Series: Patterson, James, 1947- Alex Cross series ; bk. 17.
Other Authors:
Braugher, Andre
Sanders, Jay O., 1953-
BBC Audiobooks America