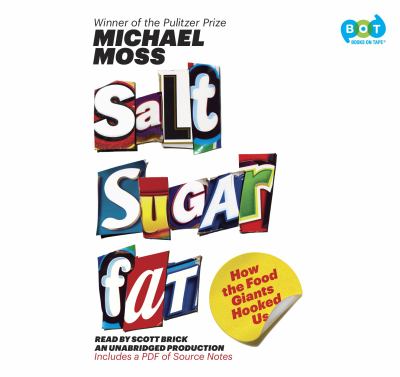 How the Food Giants Hooked Us

From a Pulitzer Prize-winning investigative reporter at The New York Times comes the explosive story of the rise of the processed food industry and its link to the emerging obesity epidemic. Michael Moss reveals how companies use salt, sugar, and fat to addict us and, more important, how we can fight back.

In the spring of 1999 the heads of the world's largest processed food companies--from Coca-Cola to Nabisco--gathered at Pillsbury headquarters in Minneapolis for a secret meeting. On the agenda: the emerging epidemic of obesity, and what to do about it.

Increasingly, the salt-, sugar-, and fat-laden foods these companies produced were being linked to obesity, and a concerned Kraft executive took the stage to issue a warning: There would be a day of reckoning unless changes were made. This executive then launched into a damning PowerPoint presentation, making the case that processed food companies could not afford to sit by, idle, as children grew sick and class-action lawyers lurked. To deny the problem, he said, is to court disaster. When he was done, the most powerful person in the room--the CEO of General Mills--stood up to speak, clearly annoyed. And by the time he sat down, the meeting was over.

Since that day, the situation has only grown more dire. Every year, the average American eats thirty-three pounds of cheese (triple what we ate in 1970) and seventy pounds of sugar (about twenty-two teaspoons a day). We ingest 8,500 milligrams of salt a day, double the recommended amount, and almost none of that comes from the shakers on our table. It comes from processed food. It's no wonder, then, that one in three adults, and one in five kids, is clinically obese. It's no wonder that twenty-six million Americans have diabetes, the processed food industry in the U.S. accounts for $1 trillion a year in sales, and the total economic cost of this health crisis is approaching $300 billion a year.

In Salt Sugar Fat, Pulitzer Prize-winning investigative reporter Michael Moss shows how we got here. Featuring examples from some of the most recognizable (and profitable) companies and brands of the last half century--including Kraft, Coca-Cola, Lunchables, Kellogg, Nestlé, Oreos, Cargill, Capri Sun, and many more--Moss's explosive, empowering narrative is grounded in meticulous, often eye-opening research.

Moss takes us inside the labs where food scientists use cutting-edge technology to calculate the "bliss point" of sugary beverages or enhance the "mouthfeel" of fat by manipulating its chemical structure. He unearths marketing campaigns designed--in a technique adapted from tobacco companies--to redirect concerns about the health risks of their products: Dial back on one ingredient, pump up the other two, and tout the new line as "fat-free" or "low-salt." He talks to concerned executives who confess that they could never produce truly healthy alternatives to their products even if serious regulation became a reality. Simply put: The industry itself would cease to exist without salt, sugar, and fat. Just as millions of "heavy users"--as the companies refer to their most ardent customers--are addicted to this seductive trio, so too are the companies that peddle them. You will never look at a nutrition label the same way again. 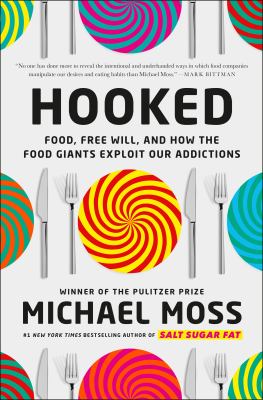 Hooked : food, free will, and how the food giants exploit our addictions
Moss, Michael, 1955- author. 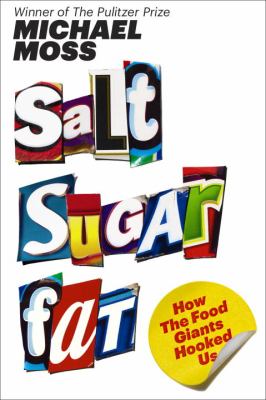 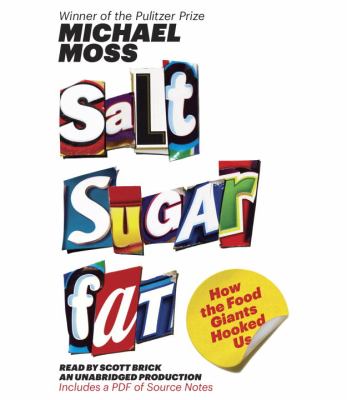 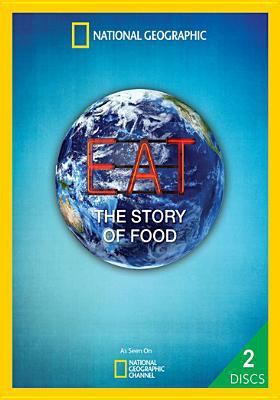 Eat : the story of food.