Grafton, Sue.
Format: Eaudiobook
Description: digital
A Kinsey Millhone mystery. Bobby Callahan was only 20 when an accident left him disfigured for life. The doctors patched up his body but they couldn't fix his mind. Huge chunks of his memory were lost but he knew someone had tried to kill him and that the "accident" was deliberate. He knew he had the key to something that made him dangerous to the murderer but he didn't know what. No one believed him ... so he hired Kinsey Millhone. Three days later Bobby was dead. But Kinsey never welshed on a deal. She'd been hired to stop a killing, now she'd find the killer instead.
Series: Grafton, Sue. Kinsey Millhone mysteries.
Other Authors:
Peiffer, Mary.
Subjects:
Millhone, Kinsey (Fictitious character), 1950- -- Fiction.
Women private investigators -- California -- Fiction.
California -- Fiction. 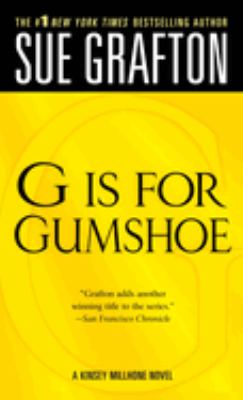