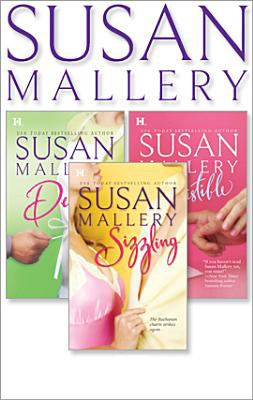 Mallery, Susan.
Format: Ebook
Description: text file
Sizzling: A spiteful article about the former pitcher and current playboy questions his talent. And the newspaper's just the first bad news. Reid's grandmother Gloria's broken hip means she needs constant care--and she's going through nurses as if they were Kleenex. Reid hired nurses 1 and 2 for their bedside manner with him. So for number 3, he chooses Lori Johnson, the first candidate who seems immune to his brand of charm. Lori considers herself inoculated against amoebas like Reid Buchanan. So why are her well-fortified defenses starting to crumble under the force of Reid's sexy smile--and the kindness he shows her at every turn? There's only one explanation for the feelings flaring between them--chemistry. Delicious: Cal Buchanan needs a top-flight chef to take over his failing Seattle restaurant, The Waterfront. He can afford to hire the best in town. The only problem is that the best happens to be his ex-wife, Penny Jordan. Penny really needs this opportunity, but she doesn't need the distraction of working with her ex. She's sworn off romance--she's even having a baby on her own. But before she knows it, the heat is on ... and the attraction between her and Cal moves from a low simmer to full boil! The rest should be easy as pie, but a secret from Cal's past could spoil everything. Maybe it's true that too many cooks spoil the broth--or maybe two is enough to make it irresistible. Irresistable: When ex-marine Walker Buchanan stops to help Elissa Towers change a tire, he tells himself it's just the neighborly thing to do. And when Elissa finds herself baking him a thank-you pie, she's just returning the favor ... right? Both of them have sworn off dating--Elissa's determined to protect her little girl, and that means ditching her taste for dangerous men ... especially former marines with dark secrets. Walker knows he's not cut out for hearth and home ... his own crazy family made sure of that. But the sparks won't stop flying. Now the two of them are struggling to keep their relationship "just friends," but with every kiss, their rules fly out the window.
Other Authors:
Mallery, Susan. Sizzling.
Mallery, Susan. Delicious.
Mallery, Susan. Irresistable. 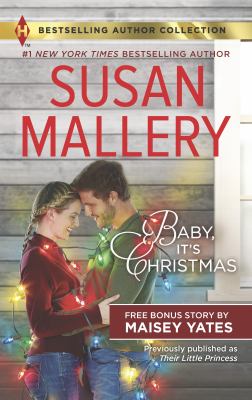 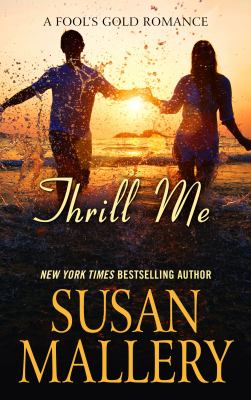