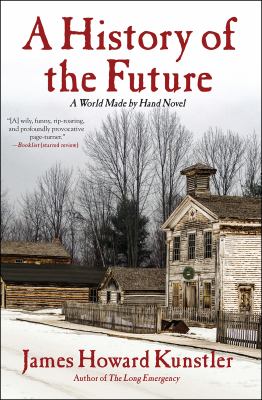 A World Made by Hand Novel

Kunstler, James Howard.
Format: Ebook
Edition: First edition.
Description: 1 online resource (336 pages)
"Following the catastrophes of the twenty-first century--the pandemics, the environmental disaster, the end of oil, the ensuing chaos--people are doing whatever they can to get by and pursuing a simpler and sometimes happier existence. In little Union Grove, the townspeople are preparing for Christmas. Without the consumerist shopping frenzy that dogged the holidays of the previous age, the season has become a time to focus on family and loved ones. It is a stormy Christmas Eve when Robert Earle's son Daniel arrives back from his two years of sojourning throughout what is left of the United States. He collapses from exhaustion and illness, but as he recovers tells the story of the break-up of the nation into three uneasy independent regions and his journey into the dark heart of the New Foxfire Republic centered in Tennessee and led by the female evangelical despot, Loving Morrow. In the background, Union Grove has been shocked by the Christmas Eve double murder by a young mother, in the throes of illness, of her husband and infant son. Town magistrate Stephen Bullock is in a hanging mood" -- from publisher's web site.
Subjects:
Environmental disasters -- Fiction.
New York (State) -- Fiction.
United States -- Civilization -- Fiction.

Sequel to: The witch of Hebron.
Description based on print version record. 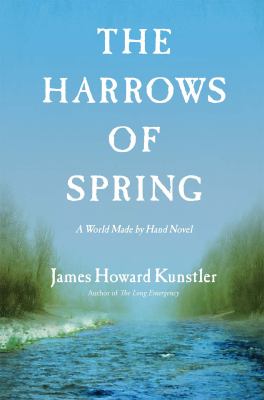