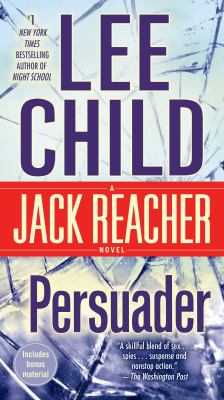 Child, Lee.
Format: Ebook
Description: 1 online resource (342 pages).
Jack Reacher. The ultimate loner. An elite ex-military cop who left the service years ago, he's moved from place to place-without family-without possessions-without commitments. And without fear. Which is good, because trouble-big, violent, complicated trouble-finds Reacher wherever he goes. And when trouble finds him, Reacher does not quit, not once-not ever. But some unfinished business has now found Reacher. And Reacher is a man who hates unfinished business. Ten years ago, a key investigation went sour and someone got away with murder. Now a chance encounter brings it all back. Now Reacher sees his one last shot. Some would call it vengeance. Some would call it redemption. Reacher would call it-justice. Jack Reacher takes an undercover assignment to investigate the disappearance of a federal agent from the home of a notorious drug dealer, but Reacher soon discovers that the dealer has ties to a man from Reacher's own past.
Series: Child, Lee. Jack Reacher novel.
Subjects:
Reacher, Jack (Fictitious character) -- Fiction.
Military police -- Fiction.
Missing persons -- Fiction.
Drug traffic -- Fiction.
Maine -- Fiction.