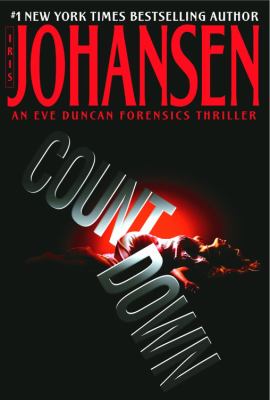 Johansen, Iris.
Format: Ebook
Description: 1 online resource (403 pages).
The adopted daughter of forensic sculptor Eve Duncan, Jane MacGuire, now a 21-year-old college student, is a success by any definition as she juggles work, education, friends, and family with equal aplomb. She is still haunted, however, by the memory of the intriguing, enigmatic, and dangerous Mark Trevor. When an attempted kidnapping of MacGuire ends unsuccessfully, but nonetheless tragically, Trevor makes a sudden and dramatic return into MacGuire's life. Trevor, for the sake of MacGuire's safety, spirits her away to an ancient, brooding castle in Scotland, where the two of them must confront their unresolved and unrefined feelings for each other while dealing with the dangers of the outside world. MacGuire also finds that renewed contact with Trevor results in a resumption of the enigmatic haunting dreams that previously had troubled her. These dreams involve a woman named Cira, a proud slave of the Roman Empire who seems to lie at the heart of a mystery that spans two millenniums and that involves a treasure of immeasurable historical and monetary wealth. Trevor is aligned against those who feel that MacGuire holds the key to the mystery of the treasure's whereabouts. One of the treasure seekers has entered into a mutual aid agreement with terrorists who threaten the United States. MacGuire and Trevor ultimately find themselves in a race against time and distance as they leave safety and security to bring the battle home--and to hopefully solve the mystery of Cira's treasure.
Series: Johansen, Iris. Eve Duncan forensics thriller.
Subjects:
Duncan, Eve (Fictitious character) -- Fiction.
Adopted children -- Fiction.
Kidnapping -- Fiction.
Murder -- Fiction.
Dreams -- Fiction.
Treasure troves -- Fiction.
Terrorists -- Fiction.
Terrorism -- Fiction.
Castles -- Scotland -- Fiction.
Scotland -- Fiction.
Louisiana -- Fiction.