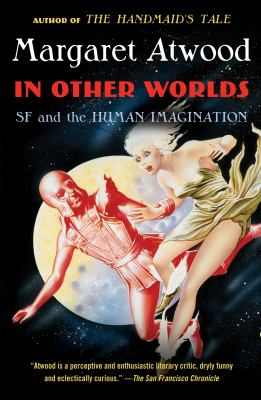 Atwood, Margaret, 1939-
Format: Ebook
Edition: 1st U.S. ed.
Description: 1 online resource (x, 255 p.)
At a time when speculative fiction seems less and less far-fetched, Margaret Atwood lends her distinctive voice and singular point of view to the genre in a series of essays that brilliantly illuminates the essential truths about the modern world. This is an exploration of her relationship with the literary form we have come to know as "science fiction," a relationship that has been lifelong, stretching from her days as a child reader in the 1940s, through her time as a graduate student at Harvard, where she worked on the Victorian ancestor of the form, and continuing as a writer and reviewer. This book brings together her three heretofore unpublished Ellmann Lectures from 2010: "Flying Rabbits," which begins with Atwood's early rabbit superhero creations and goes on to speculate about masks, capes, weakling alter egos, and Things with Wings; "Burning Bushes," which follows her into Victorian otherlands and beyond; and "Dire Cartographies," which investigates Utopias and Dystopias. In Other Worlds also includes some of Atwood's key reviews and thoughts about the form. Among those writers discussed are Marge Piercy, Rider Haggard, Ursula Le Guin, Ishiguro, Bryher, Huxley, and Jonathan Swift. She elucidates the differences (as she sees them) between "science fiction" proper and "speculative fiction," as well as between "sword and sorcery/fantasy" and "slipstream fiction." For all readers who have loved The Handmaid's Tale, Oryx and Crake, and The Year of the Flood, In Other Worlds is a must.
Contents: In other worlds : SF and the human imagination. Flying rabbits : denizens of distant space -- Burning bushes : why heaven and hell went to Planet X -- Dire cartographies : the roads to Utopia -- Other deliberations. An introductory note -- Woman on the edge of time by Marge Piercy -- H. Rider Haggard's She -- The queen of quinkdom : The birthday of the world and other stories by Ursula K.Le Guin -- Arguing against ice cream : Enough : staying human in an engineered age by Bill McKibben -- George Orwell : some personal connections -- Ten ways of looking at The island of Doctor Moreau by H.G. Wells -- Never let me go by Kazuo Ishiguro -- After the last battle : Visa for Avalon by Bryher -- Brave new world by Aldous Huxley -- Of the madness of mad scientists : Jonathan Swift's Grand Academy -- Five tributes. An introductory note -- Cryogenics : a symposium -- Cold-blooded -- Homelanding -- Time capsule found on the dead planet -- "The peach women of Aa'a" from The Blind Assassin -- Appendices. An open letter from Margaret Atwood to the Judson Independent School District -- Weird tales covers of the 1930s.
Subjects:
Atwood, Margaret, 1939- -- Knowledge -- Literature.
Atwood, Margaret, 1939- -- Knowledge -- Science fiction.
Science fiction -- History and criticism
Science fiction -- Authorship 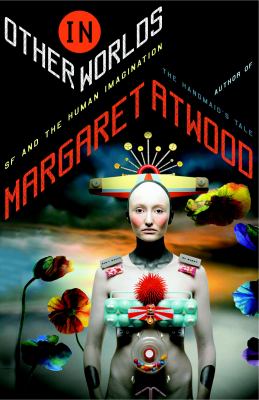