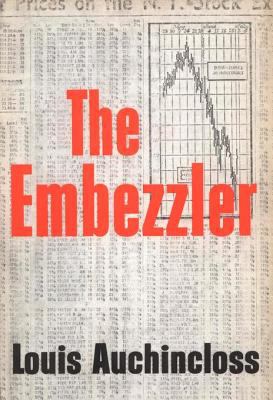 Auchincloss, Louis.
Format: Ebook
Description: 1 online resource (277 pages)
Like Francis Prescott in The Rector of Justin, Guy Prime enjoyed the distinction of having become a legend in his lifetime. But in Guy's case, the legend is one of betrayal and infamy. For the scandal of his embezzlement brought down the delicately balanced structure of the Stock Exchange. The long-honored system of self-government by mutual trust among gentlemen came to an end with the default of one of its brightest stars.
The story of Guy's fall is told by the three persons most intimately concerned: Guy himself, Rex Geer, his closest friend, and Angelica, his wife. We see him first through his own eyes -- embittered, oddly proud of his peculiar distinction, and entirely unrepentant -- the golden boy, the Wall Street manipulator, and finally the old man determined to justify himself to the grandchildren he will never see.
Rex and Angelica in turn pick up the same threads of the story, but the threads change color subtly as they pass through different hands. In the end, the reader must decide for himself which is the real Guy Prime.
Louis Auchincloss brings to the financial world the same authority and understanding he brought to the worlds of the law (Powers of Attorney), the private school (The Rector of Justin), and the old families of New York (Portrait in Brownstone). Virgilia Peterson, writing in the New York Times Book Review, called The Rector of Justin "not only a passionately interesting, but a spiritually important study of the American character of, and for our time." Her words hold true for The Embezzler.
Subjects:
Embezzlement -- Fiction.
Upper class -- Fiction.
New York (N.Y.) -- Fiction.

A voice from old New York : a memoir of my youth
Auchincloss, Louis. 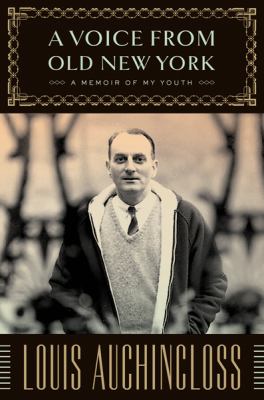