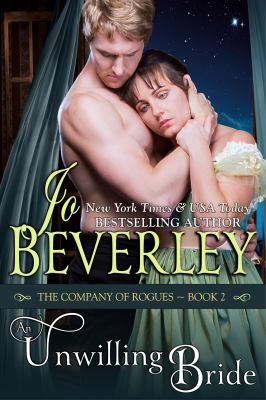 The Duchess of Belcraven committed a folly, and bore her husband another man's child. But Lucien was a third son, so all was patched over.

Now, over twenty years later, the duke learns he has a legitimate daughter--Beth Armitage, a child of his blood--and he compels Lucien and Beth to marry.

Lucien, now the arrogant ducal heir, is devastated to learn he is not his father's child and that the only way to his fortune is through his unwilling bride: an independent schoolteacher raised in the principles of the Rights of Women.

Can there be any common ground?

From The Publisher: Author Jo Beverley is known for her consumate attention to historical detail that wisks the reader back in time to a near first-hand experience. Fans of Regency romance and historical British fiction set in the 19th century, as well as readers of Jess Michaels, Mary Balogh, Christi Caldwell, Stephanie Laurens, Madeline Hunter and Mary Jo Putney will want to read every book by Jo Beverley.

"...reading about these two intelligent, strong people was such a treat." ~All About Romance