Cervantes Saavedra, Miguel de, 1547-1616.
Format: Ebook
Related Information: http://api.overdrive.com/v1/collections/v1L1BRwAAAA2g/products/d898901b-e5d1-4ddd-86d7-0d53c1611073
Brimming with romance and adventure, Miguel de Cervantes Don Quixote is considered by many to be the greatest work in the Spanish literary canon. Both humane and humorous, the two volume oeuvre centres on the adventures of the self-styled knight errant Don Quixote and Sancho Panza, Quixote's credulous and chubby squire. Together the unlikely pair of heroes bumble their way from one bizarre adventure to another fueled in their quests by Quixote's histrionic world view and Sancho's, who in conjunction with Quixote provides the spark for endlessly bizarre discussions in which Quixote's heightened, insane conception of the world is brought crashing to earth by Sancho's common sense.
Other Authors:
Ormsby, John, 1829-1895.
OverDrive, Inc. 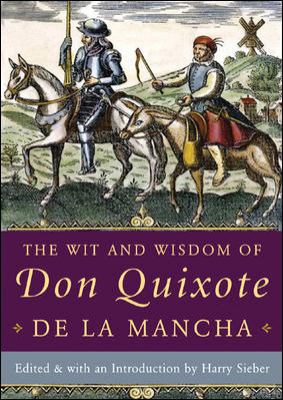