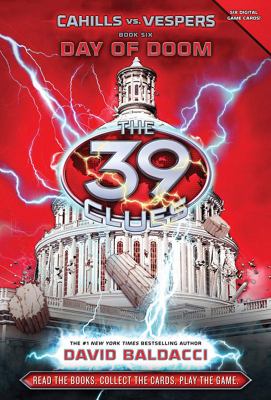 Baldacci, David
Format: Ebook
The Ultimate Sacrifice It started with a kidnapping. A shadowy organization known only as the Vespers snatched seven members of the Cahill family and demanded a series of bizarre ransoms from around the world. Thirteen-year-old Dan Cahill and his older sister Amy began a global treasure hunt, determined to bring back whatever Vesper One needed, so long as it kept the hostages safe. But when they deliver the last ransom, Amy and Dan discover Vesper One's terrifying endgame. The objects he demanded are vital pieces in a Vesper plot that will harm millions of innocent people. Now the two siblings and their friends are in an all-out sprint to stop Vesper One . . . before the whole world goes BOOM.
Other Authors:
Overdrive Inc.
Subjects:
Juvenile Fiction
Mystery
Suspense