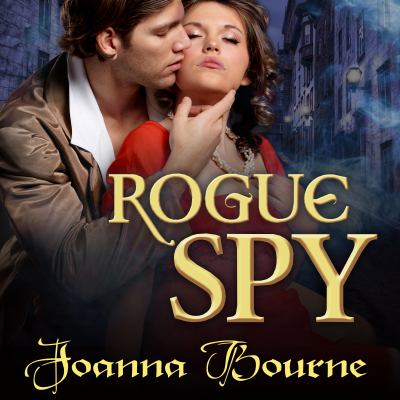 Bourne, Joanna.
Format: Eaudiobook
Edition: Unabridged.
Description: 1 online resource (1 audio file (10hr., 26 min.)) : digital.
Ten years ago, Thomas Paxton was sent by Revolutionary France to infiltrate the British Intelligence Service. Now his sense of honor brings him back to London to confess. But instead of facing the gallows, he is given one last impossible assignment to prove his loyalty. Lovely, lying former French spy Camille Leyland is dragged from obscurity by threats and blackmail. Dusting off her spy skills, she sets out to track down a ruthless French fanatic and rescue the innocent victim he's holding, only to find an old colleague already on the case-Pax. Old friendship turns to new love, and as Pax and Camille's dark secrets loom up from the past, Pax is left with a choice-go rogue from the Service or lose Camille forever.
Other Authors:
Potter, Kirsten, narrator.
hoopla digital.