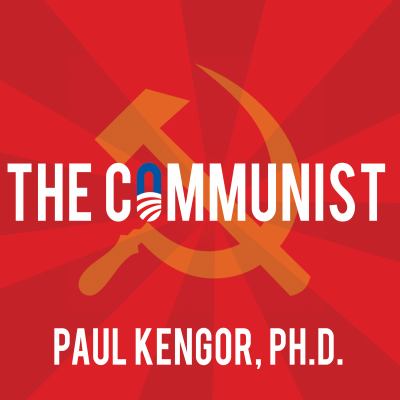 Kengor, Paul, 1966-
Format: Eaudiobook
Edition: Unabridged.
Description: 1 online resource (1 audio file (660 min.)) : digital.
In his memoir, Barack Obama omits the full name of his mentor, simply calling him "Frank." Now, the truth is out: Never has a figure as deeply troubling and controversial as Frank Marshall Davis had such an impact on the development of an American president.Although other radical influences on Obama-from Jeremiah Wright to Bill Ayers-have been scrutinized, the public knows little about Davis, a card-carrying member of the Communist Party USA, cited by the Associated Press as an "important influence" on Obama, one whom he "looked to" not merely for "advice on living" but as a "father" figure.While the Left has willingly dismissed Davis (with good reason), here are the indisputable, eye-opening facts: Frank Marshall Davis was a pro-Soviet, pro-Red China communist. His Communist Party USA card number, revealed in FBI files, was CP number 47544. He was a prototype of the loyal Soviet patriot, so radical that the FBI placed him on the federal government's Security Index. In the early 1950s, Davis opposed U.S. attempts to slow Stalin and Mao. He favored Red Army takeovers of Central and Eastern Europe, and communist control in Korea and Vietnam. Dutifully serving the cause, he edited and wrote for communist newspapers in both Chicago and Honolulu, courting contributors who were Soviet agents. In the 1970s, amid this dangerous political theater, Frank Marshall Davis came into Barack Obama's life.Aided by access to explosive declassified FBI files, Soviet archives, and Davis's original newspaper columns, Paul Kengor explores how Obama sought out Davis and how Davis found in Obama an impressionable young man, one susceptible to Davis's worldview that opposed American policy and traditional values while praising communist regimes. Kengor sees remnants of this worldview in Obama's early life and even, ultimately, his presidency.Kengor charts with definitive accuracy the progression of Davis's communist ideas from Chicago to Hawaii. He explores how certain elements of the Obama administration's agenda reflect Davis's columns advocating wealth redistribution, government stimulus for "public works projects," taxpayer-funding of universal health care, and nationalizing General Motors. Davis's writings excoriated the "tentacles of big business," blasted Wall Street and "greedy" millionaires, lambasted GOP tax cuts that "spare the rich," attacked "excess profits" and oil companies, and perceived the Catholic Church as an obstacle to his vision for the state-all the while echoing Davis's often repeated mantra for transformational and fundamental "change."And yet, The Communist is not unsympathetic to Davis, revealing him as something of a victim, an African American who suffered devastating racial persecution in the Jim Crow era, steering this justly angered young man on a misguided political track. That Davis supported violent and heartless communist regimes over his own country is impossible to defend. That he was a source of inspiration to President Barack Obama is impossible to ignore.Is Obama working to fulfill the dreams of Frank Marshall Davis? That question has been impossible to answer, since Davis's writings and relationship with Obama have either been deliberately obscured or dismissed as irrelevant. With Kengor's The Communist, Americans can finally weigh the evidence and decide for themselves.
Other Authors:
Larkin, Pete.
hoopla digital. 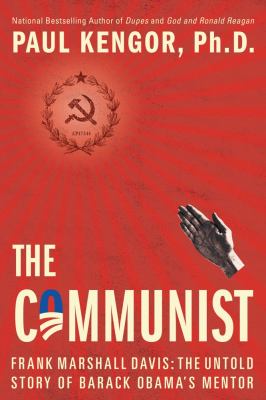