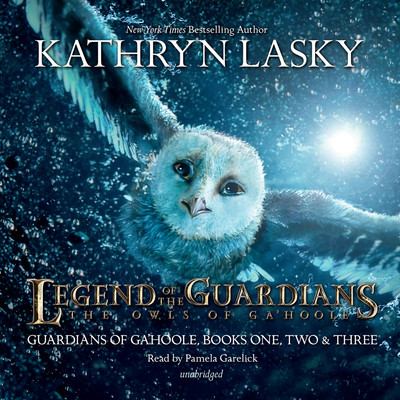 Lasky, Kathryn.
Format: Eaudiobook
Edition: Unabridged.
Description: 1 online resource (1 audio file (16hr., 43 min.)) : digital.
This box set contains the first three books in the Guardians of Ga'Hoole series, which are the basis of the animated movie, Legend of the Guardians: The Owls of Ga'Hoole. The Capture, Book One. Soren is born in the forest of Tyto, a tranquil kingdom where the Barn Owls dwell. But evil lurks in the owl world, and Soren is captured and imprisoned in a dark canyon where there is a mysterious school. It's called an orphanage, but Soren believes it's something far worse. He and his new friend, the clever and scrappy Gylfie, know that the only way out is up. To escape, they will need to do something these fledglings have never done before-fly. And so begins a magical journey. Along the way, Soren and Gylfie meet Twilight and Digger. The four owls band together to seek the truth, be reunited with their families, and protect the owl world from a great danger. The Journey, Book Two. It began as a dream, a quest for the Great Ga'Hoole Tree, a mythic place where an order of owls rises each night to perform noble deeds. There, Soren, Gylfie, Twilight, and Digger hope to find inspiration to fight the evil that dwells in the owl kingdom. The journey is long and harrowing. When Soren and his friends finally arrive at the Great Ga'Hoole Tree, they face challenges they never imagined. If they can learn from their leaders and from one another, they will become true Ga'Hoolian owls: honest and brave, wise and true. The Rescue, Book Three. Ever since Soren was kidnapped, he has longed to see his sister, Eglantine. Now, Eglantine is back is Soren's life, but she's been through an ordeal too terrible for words. At the same time, Soren's mentor, Ezylryb, has mysteriously disappeared and may be in danger. Something deep within Soren tells him there is a connection between these mysterious events. To rescue Ezylryb, Soren must face a force more dangerous than anything that even the evil rulers of the owl orphanage could have devised.
Other Authors:
Garelick, Pamela.
Lasky, Kathryn. Capture.
Lasky, Kathryn. Journey.
Lasky, Kathryn. Rescue.
hoopla digital. 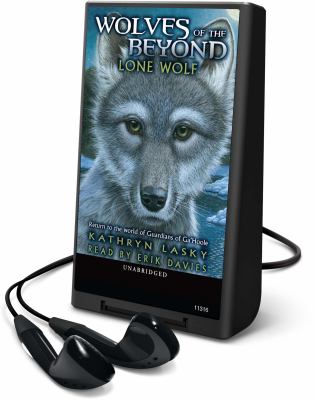