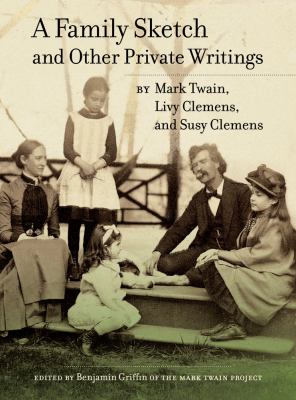 Twain, Mark, 1835-1910.
Format: Book
Description: 190 pages ; 21 cm.
"This book publishes, for the first time in full, the two most revealing of Mark Twain's private writings. Here he turns his mind to the daily life he shared with his wife Livy, their three daughters, a great many servants, and an imposing array of pets. These first-hand accounts display this gifted and loving family in the period of its flourishing. Mark Twain began to write "A Family Sketch" in response to the early death of his eldest daughter Susy, but the manuscript grew under his hands to become an exuberant account of the entire household. His record of the childrens' sayings--"Small Foolishnesses"--is next, followed by the related manuscript "At the Farm." Also included are selections from Livy's 1885 diary, and an authoritative edition of Susy's biography of her father, written when she was a teenager. Newly edited from the original manuscripts, this anthology is a unique record of a fascinating family"-- Provided by publisher.
Series: Twain, Mark, 1835-1910. Jumping frogs ; 5.
Other Authors:
Clemens, Olivia Langdon, 1845-1904.
Clemens, Susy, 1872-1896.
Griffin, Benjamin, 1968- editor.