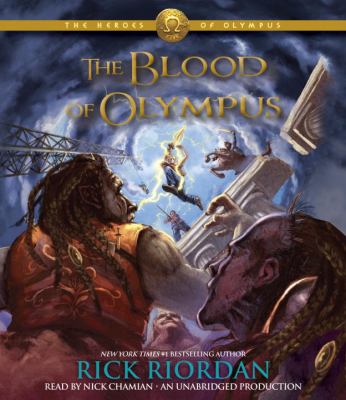 Riordan, Rick.
Format: Audiobook on CD
Edition: Unabridged.
Description: 12 sound discs (approximately 870 min.) : digital ; 4 3/4 in.
Though the Greek and Roman crewmembers of the Argo II have made progress in their many quests, they still seem no closer to defeating the earth mother, Gaea. Her giants have risen; all of them, and they're stronger than ever. They must be stopped before the Feast of Spes, when Gaea plans to have two demigods sacrificed in Athens. She needs their blood, the blood of Olympus, in order to wake.
Series: Riordan, Rick. Heroes of Olympus (Sound recording) ; 5.
Other Authors:
Chamian, Nick.
ISBN: 9780804193719